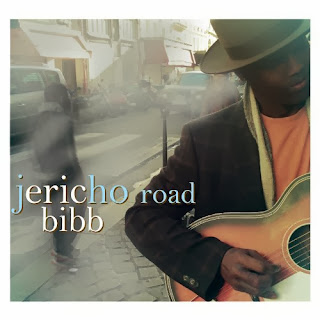 Eric Bibb is one of the best modern interpreters of classic blues, so to hear him advancing the genre is even more thrilling.  Always a fan of everything from world music to soul and gospel, Bibb mixes and matches, fearlessly adding what might be considered non-blues instruments and arrangements, proving it's all blues, if that's where you're coming from.  Horns, strings, African instruments, something called a Turkish saz played by a Scandinavian, this ain't another Robert Johnson songbook, thank goodness.

The cut Now is a pretty soul ballad, piano-based and a trumpet solo, something Phillip Wynne or Luther Vandross might have cut.  They Know is bare bones acoustic, delicate, with wind-swept strings joining in.  But Can't Please Everybody is pure Staples Singers, with a horn arrangement straight out of Allan Toussaint's and The Band's Rock Of Ages.  Freedom Train takes Richie Havens to Africa, while Death Row Blues is a reminder that not only can he do acoustic blues, he knows how to write a new one that matches the old classics.

There's a message here too, which is shared through each track.  Most of the music is about freedom and hope, the old message kept alive.  He writes, "Did you ever ride the Freedom Train?  It broke down for awhile, but it's back again".  Bibb's grabbed a hold of it, despite all the tough times of late, and is telling us not to let go, freedom will win out:  "Every bird in the sky knows a change is going to come, by and by."  It's an album full of every kind of optimism for a blues fan.
Posted by Bob Mersereau at 8:19 PM