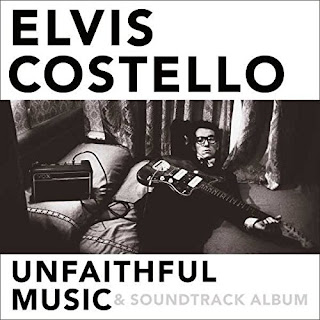 Costello has penned what many reviews are calling one of the most entertaining rock bios, full of stories and observations from a performer on the cusp of the A-list but not really part of it. He also does a very smart tie-in here, with a two-disc best-of collection to go along with the read.


Knowing there would be interest from all corners of his fandom, casual observers to obsessive collectors (hi there), he shook things up on the track list a bit. Lots of the usual suspects are here, from Alison and Watching The Detectives to Indoor Fireworks and Shipbuilding, but there are plenty of deep cuts from lesser-known and later albums. Virtually every period of his career is covered, up to his last collaborative album with The Roots. Veronica, one of his best-known, is featured in its demo form here, to mix things up, and Stranger In The House, a country favourite, comes in the less-familiar duet version with George Jones.


The super-fan (hi again) will actually have all this if they bought all the deluxe editions and reissues, so there are even some previously-unreleased temptations. April 5th is a song written and performed with Kris Kristofferson and Rosanne Cash, an interesting collaboration but too earnest and self-conscious, like they know they should be creating great art. I Can't Turn It Off is a very early demo from his career, pre-recording deal, when he was known as D.P. Costello, called I Can't Turn It Off. It sounds like most of his other demos from that time, too many clever lines and not enough melody, still searching for his style, and a good inner editor.


Best of the new stuff is actually some out-takes from the book. Included at the end are three extra stories not included in the final pages of his bio, but recorded here in audio-book form. That includes a funny meeting with Paul McCartney about writing more songs together, and a brush-off of a guy Costello assumed was looking for an autograph, but who turned out to be L.A. music mogul Lou Adler, the Mama's & Papa's producer.


Anyway, there's lots of great music here, especially if you haven't kept up with every Costello period over the years. Can't wait to read the book.
Posted by Bob Mersereau at 4:57 PM