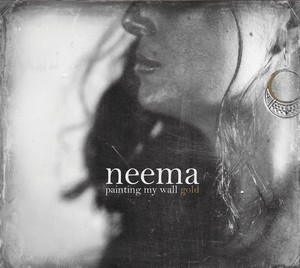 Multi-cultural, multi-genre, multi-influenced, multi-talented, multi-everything, Montreal's Neema is impossible to categorize or limit. Her unique life experiences inform both her words and music, reflecting time spent in Egypt and the Far North, plus growing up Lebanese and Egyptian. She's worked and traveled with First Peoples, taught street children, backbacked through the Far East, studied guitar and voice with more Egyptian masters, earned a management degree, and to top it all off, has been guided in her career by her hometown friend, Leonard Cohen, who she famously met on the street.


All this and more mixes into a one-off combination of traditional folk song values, modern and world sounds, a spiritual outlook and a world-wise sense of humour and play. There's a gentle, compassionate tone to many of the songs, offering words of understanding and hope. Even loneliness and breakup is reflected on in the bigger picture: "Cuz at the end of all our worries, at the end of all our lies. we're just two kids trying to survive," she sings in That's Where I'll Be. Later, "I'm taking time to go and ease my mind," is the last thought in that song. The death of her sister is tackled in the title cut, dealing with that loss, and honouring her memory.


Often Neema's words break through into the most powerful of poetry, those simple, undeniable, plain-spoken lines that hit and stick: "I send you love, I send you light, I send you hope with all my might," she sings in For You, a duet with the majestic Emmylou Harris. Even the translated version of Steve Earle's Goodbye, sung in French, transcends into a healing offering. With various musical soundscapes and cultural influences throughout the album, Neema's understanding of people and artistic forms far and wide gives here the ability to create remarkable music.
Posted by Bob Mersereau at 1:15 PM