MUSIC REVIEW OF THE DAY: JETHRO TULL - LIVING IN THE PAST 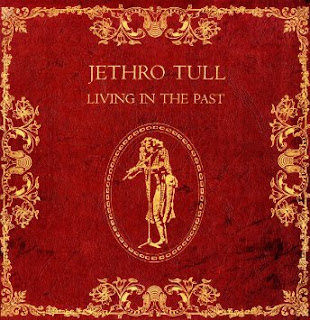 Here's a set that falls somewhat in between the current reissue campaign of Tull albums. The group's albums have been appearing in chronological order for the most part, in tremendous boxes. But this set was a compilation of sorts, released in 1972 at the height of the group's fame, after the breakthrough success of Aqualung and Thick As A Brick. It was meant to collect all the odd tracks, British singles and rare things, plus introduce new fans to the older stuff. It certainly did the job, hitting #3 on the Billboard charts.


So to find a place for this set, it's been reissued on vinyl, a double-album in a heavyweight pressing, with the original deluxe booklet with dozens of photos included. There are no new tracks, but that's because all the extras and out-takes and such have ended up on the other reissues. Plus, this was essentially a "deluxe set" of the day, made up of b-sides, U.K.-only singles, the British-only cuts for the "Live Is A Long Song" EP, five in all. Side three is live, two cuts from Carnegie Hall in 1970, with requisite flute solos. And there's only the slightest bit of padding, a song each from four different albums, just to fill up the sides presumably.


The real surprise came when the title cut was released as a single in North America, a full three years after its release in England. It went Top 20 in both Canada and the U.S., and became the group's all-time biggest chart hit. A darn good cut too, and if you don't have it on another compilation or greatest hits, it's a must. In fact as rare tracks sets go, this is aces. Even though most of the cuts are showing up again on the individual album reissues, this was always a very good album, and nice to have it back in vinyl.
Posted by Bob Mersereau at 9:47 PM