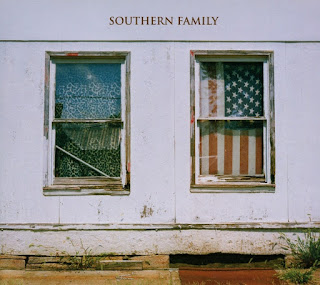 This collection was made, ostensibly, to celebrate the sub-genre of country music that comes from Southern writers, with old values of family, tradition, faith, community and the land. And while those are the common themes here, more importantly, it's also a collection of modern country music and songwriters that offer a lot of hope for the future of the form. It's proof there's life past the packaged pablum of the last 20 years, and the re-purposed rock music that's passed for country.


The curators did a bang-up job with this, as it filled with high-quality, soulful writing, songs feel honest and heartfelt. Clark's I Cried has emotional appeal sorely lacking in Top 40 country. Jason Isbell's God is a Working Man would be trite from a lesser writer's pen, but he relates real Southern stories that connect whether you're a believer or not. East and Jennings both bring life to the party, making sure this isn't too sentimental a collection.


There's always the danger that the family values theme can get a little too overdone, and that happens here with both Brown and Johnson's tracks. They each try to walk the road Merle Haggard paved with Mama Tried back in '68, a #1 hit, but overdone since as a theme. Brown sings about Grandma's Garden, and Johnson' reminisces about Mama's Table. It's the fine line between homage and cliche, but the performances are bang-on. As enjoyable as this whole set is, the fact there's a growing interest in these types of songs is even more pleasing.
Posted by Bob Mersereau at 10:30 PM