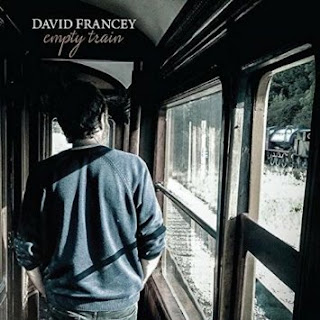 If you ever end up in David Francey's company, just be careful what you say. He may seem terrifically friendly in person (I can vouch for that), but tell him something personal, if it's interesting enough, he could turn it into a song. Just ask the guy from California who sat beside him on a plane trip, telling him all about being a football coach in the past, and how he was heading to the Holy Land. The story became the song here, Holy Ground. Francey has an ear for stories.


More often though, he has an eye for them. He observes moments, actions, expressions, stillness, places and sometimes just things. The title cut is about the empty trains Francey noticed in B.C., banging and crashing along, and how that noisy emptiness can be what it's like for a lonely person. Mirror Ball is about that ultimate spectator's sport, sitting alone at a dance, watching but not participating.


As always, these moments, small as they might be, became bigger and richer when served up as folk songs by Francey. Timeless and enthusiastic, this is about the joy of playing and crafting, the same as it ever was. It's also far removed from the hipster folk scene. Francey grew his beard a long time ago, and he earned it!
Posted by Bob Mersereau at 9:22 PM