MUSIC REVIEW OF THE DAY: CHARLES KELLEY - THE DRIVER 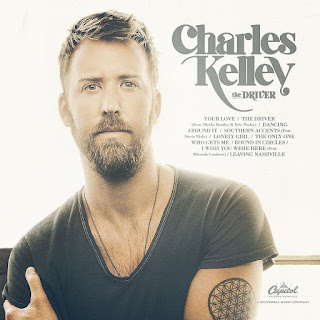 Charles Kelley has used the downtime between Lady Antebellum albums and tours to start on his solo career. Unlike some who use solo work to explore different interests, Kelley's definitely continuing to go for a successful country career, going with big name guests, and lots of potential hits. The title cut earned him a Grammy nomination right out of the block when released as a single last fall, in a one-off trio with Dierks Bentley and Eric Paslay.


Even though Kelley's a true southerner (from Atlanta), he's never sung in a forced twang, and has one of the smoothest Nashville voices around. That suits him well on broad mix, from the basic rock of Your Love to the soulful Dancing Around It. Ironically, the song where his voice does fall flat is the cover of Tom Petty's Southern Accents, where despite the guest pipes of Stevie Nicks, he doesn't have enough personality to pull it off. Much better is his version of Canadian Donovan Woods' Leaving Nashville, where he sings the sadness of 10,000 would-be songwriters who never do make it. Overall, this set sounds a bit more sincere than the carefully-crafted Lady Antebellum albums, and it does set him up nicely for more solo work down the road.
Posted by Bob Mersereau at 9:59 PM