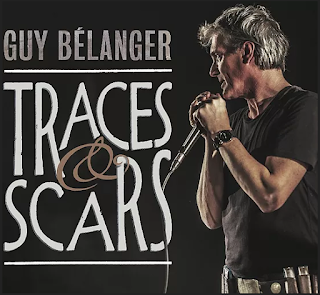 There's no more tortured or abused instrument than the harmonica. To paraphrase Steve Earle, I'll stand on a table in my cowboy boots and loudly proclaim that Bob Dylan ruined the instrument with his bleating through his early career, as everyone thought he was good at all the other stuff, he must know what he's doing with that, too. And over in the blues genre, countless more hopped around stage, sucking and blowing. They also attempted to play harmonica.


That's why it's such a pleasure to hear an actual master such as Bélanger, who knows how to make it a melodic treat rather than a percussion instrument at best. This Quebec veteran has decided to make his latest album almost entirely instrumental, a brave choice perhaps, but certainly a winning one. And if you think that means pumped-up electric blues, it's the opposite. These are for the most part moody pieces that highlight the haunting beauty you can get from the harp. There are folk numbers, some jazzy tunes, Louisiana influences, and of course blues, but for the most part, the songs allow Bélanger to do lots of subtle work. There's room for other instruments that compliment the harmonica too, such as pedal steel, and on Les Mauvaises Herbes, piano. One of the vocals features guest Luce Dufault, who turns Who's Left Standing into a Mavis Staples-like triumph. Bélanger is smart to play it cool with the harp.
Posted by Bob Mersereau at 7:11 PM