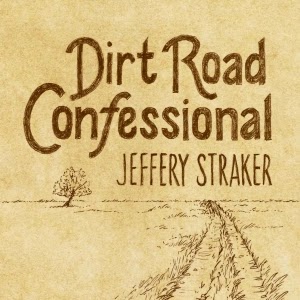 Saskatchewan's Straker is on the road so much, he's become more of a child of Canada, which partially explains why his latest was made with different producers in studios all over the country. Such individual talents as Daniel Ledwell and Royal Wood had their hands in, from Halifax to Toronto to Winnipeg To Regina. But there's no lack of cohesion to the album, which speaks to the strength of vision here.


Straker's that rare performer these days, a singer-songwriter behind a piano. Before you can say Billy Joel, there's lots of full band material here, the keys more responsible for all the rich melodies rather than always dominating. Having said that, Thousand Miles Away is a gorgeous piano ballad, so yeah, he can do that when he wants as well.


Some of the songs, including that one, speak about the constant travel, missing those at home, but finding solace in the best views and the new friends. Beauty In The Grey is directly about the musician's life as a solo performer, "Another view of the country from here behind the wheel." But as the tour through the album progresses, things get rocking, with the lighthearted Boom Boom ("You're like Ringo Starr just tapping on my chest"), and the early '60s of Sweet Sweet Nothings. With his warm voice, Straker does get in an Elton John-styled number, called Queen of Broken Souls, and it's a grand one, one of those women-in-pain numbers that Bernie Taupin used to write in the '70's. There's even a yellow brick road in it. As a piano man, Straker can do lots, and do that too.
Posted by Bob Mersereau at 6:20 PM