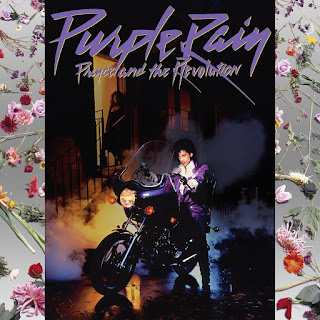 Prince had already signed a big deal to start reissuing his back catalog before he died, so this isn't posthumous vault raiding. He had effectively guarded this material for years, both the original albums and the copious piles of unreleased material, so fans have been waiting with great anticipation to hear what would happen with his greatest album.


There's no scrimping on the bonus tracks. On the deluxe version, there's a full second disc with 11 previously-unreleased cuts, clocking in at over 70 minutes thanks to a couple of 10-plus minute jams. These aren't extended mixes or demos either, these are pretty much complete cuts which remained under lock. A couple of them surfaced in versions by other artists, including The Dance Electric by Andre Cymone, and We Can Fuck became We Can Funk for George Clinton. The rest came from the vibrant lab Prince was running, some cuts done completely be himself, others featuring his new band called The Revolution. Since he was producing others at the time, it's possible some of the cuts were meant for artists such as Apollonia. A couple more were recorded after the Purple Rain sessions, so weren't for that, but the remaining ones were for possible inclusion before the final selections were made.


Listening again to the genius album that turned Prince into a superstar, it's a fun game to figure out if any of these extra tracks could have improved the original album. I think not, as each one has its merits, and there is certainly nothing from the discarded batch that comes close to the excitement of Let's Go Crazy, When Doves Cry or I Would Die 4 U. A couple are the kind of funk numbers he could turn out in his sleep, such as Love And Sex. I like the poppier numbers Velvet Kitty Cat and Katrina's Paper Dolls, probably not of enough substance for serious album consideration, but good examples of Prince's new interest then for crafting pop numbers, which would flower on songs such as Raspberry Beret and Manic Monday in the next couple of years. Prince made all the right moves choosing the final cuts for Purple Rain, but this is a very strong set of material to hear right after.


Those with deep pockets and a Prince fixation can also shell out for a 3-CD, plus DVD version of the reissue, although everything on that has been available before. The third CD collects the edited singles and non-LP b-sides from the album, including the holiday b-side, Another Lonely Christmas. The DVD features a long-unavailable live concert, a 19-cut Prince and the Revolution show from March 30, 1985 in Syracuse, N.Y.
Posted by Bob Mersereau at 7:47 PM