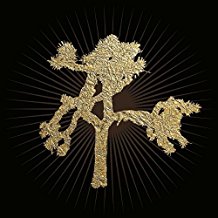 Everybody that knows me knows I love a great big ol' box set. I dig into those suckers with gusto, have a ball spotting all the slight differences in out-takes, revel in the previously unreleased cuts, enjoy a period live concert, and of course, enjoy reading along in a sumptuous, well-researched, lengthy book. I'm willing to advice you consumer/fans to part with large amounts of money when the value is there, and usually, the people that make them come through with the goods.


Having said that, I'm disappointed that a major band such as U2 has offered up a lot of smoke and mirrors with this Super Deluxe box to celebrate their biggest album, The Joshua Tree, on its 30th. Maybe their heart wasn't in it. These things are all the rage now, obviously profit-generating for labels, and it was probably loudly suggested it would be a good move for all. But they picked a very bad time to put it out, a week after the Sgt. Pepper set, and by comparison, there's a whole lot to love and study with that, and not much new here at all.


What we get is four CD's, yes, but three of them will be familiar to fans. Disc one is the album proper, fair enough. Disc two is a very excellent live show at Madison Square Garden back in the day, the album fresh and exciting for fans, and the band at a performing peak. But CD 3, where they have put the remixes from the album, is just six cuts long, a little over 30 minutes. Yes, there are new and significant versions here, but nothing monumental. For those hoping for excitement in the b-sides and out-takes of Disc 4, guess what? It's the same disc, almost identical to the bonus featured in the 20th anniversary issue of the album back in 2007. Hmm. So is the album mix. Hey, so is the only historical note, from Bill Flanagan, a one-page thing, 10 years old.


So what the hell is filling up this very heavy box, bigger than the Beatles' one? Photos, two sets of them. You might recall the band has a long relationship with the artists Anton Corbijn, and it was their trip to the California desert that gave the album its name. So is that the bulky book? Nope, there's some prints of his in a nice envelope, eight of them, roughly album-cover size. The real space-filler here, and costly item is a hardbound book of shots by that world-famous photographer, umm, The Edge. For your $140, half the size of this thing is a coffee table-sized collection called The Joshua Tree: Photographs by The Edge, featuring his black-and-white shots of the desert, the mountains, and his bandmates looking cool.


Hey, here's another thing. That live show is only 75 minutes, and I checked the setlist from Sept. 28, 1987, and it's been edited down by four songs to fit on one CD. Why not include those on that 30-minute one? And was there really nothing left to say about this album for new liner notes? Those Beatle people certainly found lots of interesting stuff to put in their 144-page book.


U2 are doing what their fans want this year, they are touring The Joshua Tree album, playing the whole thing at their shows. It might be a bit of a comedown for them, but that's the business these days. If they are spending all that energy life each night, you'd think they could have made sure their fans got a bunch more in that expensive box set they are offering as well.
Posted by Bob Mersereau at 6:44 PM