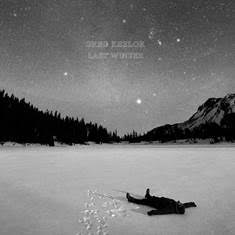 Keelor's bandmate Jim Cuddy has carved out a significant solo career during downtime from Blue Rodeo, with a separate band and long national tours. His albums are actually more commercial in tone than the Blue Rodeo ones, echoing the alt-country tunes he brings to the band, with hooks and that famous voice. Keelor takes a different approach. He uses solo work to experiment, to try out things he really couldn't with Blue Rodeo, and to record some very personal songs. This four-track set at first seems like a small effort, but it isn't at all. At 34 minutes, each cut here is a near-epic, with a lot of thought and emotion throughout.

Keelor has explained that the songs came out of a trying time for a couple of reasons. He was witnessing the passing of several people close to him, including his birth mother, and Gord Downie. Songs directly inspired by those two bookend the collection. The album itself is calm and meditative because that's what he could play at the time. He made it coming off the road from a grueling Blue Rodeo tour, and he was physically beaten up.

Keelor loves mid-to-late '60's pop, especially moody, orchestrated works from the likes of Lee Hazlewood, and each cut here is in that mold. They feature strings played and arranged by Jimmy Bowskill (The Sheepdogs) and the long songs go through several sections, especially City Is A Symphony. That songs builds like a day for city dwellers, calm in the start, more intense and complex as it progresses, with bright and dark periods. On paper, even as I write that, it sounds a little trite, but it's actually quite lovely, and the strings are used to great effect. There's a radical cover of Peter, Paul and Mary's Early In The Morning (heard recently in Mad Men), taken at a much slower tempo, almost a crawl, turning the folk-gospel number into a hymn.

Keelor calls this music "uplifting melancholy," and that's a perfect description. Although they are tinged with sadness for the passing of people, he finds joy in important memories, whether it's a somewhat mystical night with his mother and aunt recalled in Three Coffins, or the experience of watching his friend Downie perform with the Tragically Hip on their final tour. He speaks for most of us I think, with "It was a celebration, the years, the love, the songs/I had to remind myself I'm supposed to be sad." With his absorbing and eloquent vocals, Keelor has created a powerful set of songs, far away from the rock stage.
Posted by Bob Mersereau at 10:22 PM