MUSIC REVIEW OF THE DAY: MEAGHAN BLANCHARD - THE GREAT ESCAPE 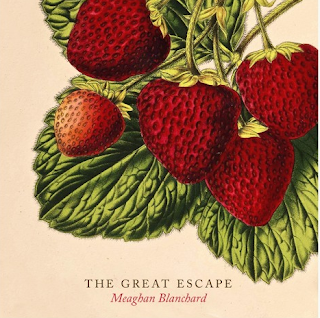 P.E.I.'s Meaghan Blanchard has been known, rightly so, for her gorgeous homespun vocals and her country-flavoured songwriting. Her latest album, The Great Escape, is a game-changer. She's moved a bit away from the country stylings, although not altogether, with a sophisticated and moody production from Jim Bryson (Oh Susanna, The Skydiggers, Kathleen Edwards), which highlights a remarkable selection of songs. Before I ramble away with various reviewer platitudes which you may or may not gloss over, let me stop -- ask for your attention -- and say, simply, these are some seriously great songs here, with exceptional lyrics. Blanchard has a big heart, and wants her words to mean something. And connect they do.

Like some of the very best roots songwriters, Blanchard presents a series of stories on the album that look at the lives and struggles of regular people. In When You're Gone, she tells us about the older woman who believes no-one's going to write about her when she's gone. Blanchard sets the scene, letting us settle in at the table with her, observing "She's got two stoves in the kitchen, one to keep the house from freezing, one for the bread." In Angelina Bridgette, we meet a farmer's daughter from the last century, who decides to make it on her own, save her pennies and move to the Boston states, a classic story of independence for a woman from the Maritimes. The title cut is about her own independence, after a couple of years of personal change, moving in the other direction, further into rural P.E.I., appreciating nature and her own choices.

There are a couple of more playful numbers, but overall it's an album with a tone of empathy, and every so often Blanchard hits a note or two that seem to go straight to her heart, incredibly poignant. At the album's centre is the most powerful number, called The City, a modern folk gem, slow and delivered in her most haunting, spectacular tone, "a city where children never cry," about the horrors facing children caught in war zones. That's the one you'll remember a long time after hearing it.

Blanchard is starting to tour the album, which is going to be released coming up in June. Importantly, she's appearing in Fredericton Wednesday, May 30 at Dolan's. It's the inaugural show in a new series called Up Close and Personal, which sees an early start, 7:30, so you live music fans in the city might want to make extra effort, to show your support for more options in live music. And, because Blanchard's just made this awesome album, and you get to be among the first to hear the songs.
Posted by Bob Mersereau at 10:19 PM