MUSIC REVIEW OF THE DAY: SERENA RYDER - IF YOUR MEMORY SERVES YOU WELL (ORIGINAL SESSIONS) 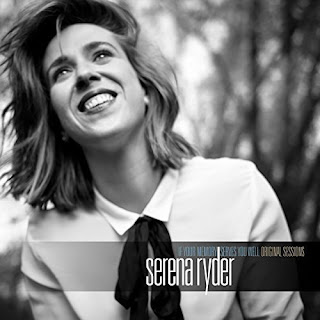 Serena Ryder's second full-length release, from 2006, was her breakthrough, going gold, along with a hit single Weak In The Knees, and leading to her first of six Juno Awards, for Best New Artist. But it was actually a compromise of sorts, as it was originally supposed to be an all-Canadian covers tribute. Instead, three of Ryder's originals were added, due to their obvious quality, and the desire to get them out to the public while the iron was hot. To that end it was a big success, but the theme of the record was lost to an extent, as were two cuts dropped to make room for the new ones.

Now the disc has been returned to its original concept, with the Ryder-written cuts removed, and the missing covers restored, as well as a remix of Good Morning Starshine, the hit song from the '60's musical Hair, co-written by Canadian Galt MacDermot. It was one of the highlights, one of several surprising choices as Ryder dug deep into Canadian music history. There were no obvious numbers such as Hallelujah and Heart Of Gold, no Joni Mitchell or Gordon Lightfoot. Instead, the cuts were reminders, songwriters and songs often forgotten in the Canadian canon, or in several cases, so obscure they sent listeners to Wikipedia to learn just who the heck these Canadians were. In the reminder section, there was the song that supplied the album title, The Band and Bob Dylan's This Wheel's On Fire, Dylan sharing credit with Ontario's Rick Danko. Paul Anka is of course a famous name, but it's been a long time since most people knew he wrote Buddy Holly's It Doesn't Matter Anymore.

Among the obscurities is Boo Hoo, one of the writers being Guy Lombardo's brother Carmen. One of the two added cuts here is Far Away Places, a hit for everybody from Bing Crosby to Willie Nelson, co-written by Montreal-born bandleader Alex Kramer. Too bad Ryder hadn't got a chance to release it back in 2006, as it was subsequently used by Mad Men as the name of an episode of the popular show.

Does the difference in the tracks make this a better album? Not really, it's not a major change, really just switching around the songs at the end. But it's been 12 years since the set was released, so it's a good way to get the disc out there again, reminding us of Ryder's unique vocal talents, and the depth of Canadian songwriting.
Posted by Bob Mersereau at 7:42 PM