MUSIC REVIEW OF THE DAY: THE LYNNeS - HEARTBREAK SONG FOR THE RADIO

I'm really stoked to catch the East Coast tour starting this week from the hot new Canadian roots duo, The LYNNeS, out of Ottawa. The duo, featuring Lynn Miles and Lynne Hanson, put out their debut disc earlier this year, which I reviewed back in February, so it's a good chance to revisit that write-up, plus plug the shows. The tour starts Thursday, May 10 at the Second Wind Music Centre in Florenceville-Bristol, N.B.,  and continues Saturday at Grimross in Fredericton. Then it's off to Nova Scotia, starting with a Bedford show Sunday, a matinee at Patchworks House Concerts. On Tuesday, May 15, the duo play the Carleton in Halifax, as part of the award-winning venue's 10th anniversary celebration. On Thursday, the 17th they are at the Osprey Arts Centre in Shelburne, and on Friday the 18th its Wolfville at the Al Whittle Theatre. The Eastern dates wrap in P.E.I. at Harmony House in Hunter River, on Saturday, May 19.  Now, here's the review replay: 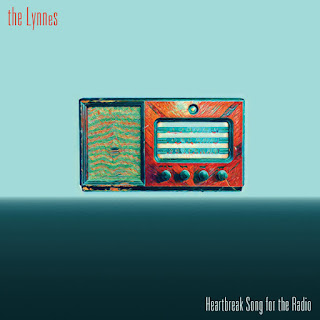 Usually when two established artists team up, one or the other dominates each song, with their particular style. It's a rare combination that results in something that sounds new, and that's what The LYNNeS have managed. Of course, Lynn Miles and Lynne Hanson have a lot in common. They are two of the very best in their area (Ottawa) and their genre (folk), they (sorta) share a first name, and they have worked together over the past few years, writing songs, plus Miles produced a couple of albums for Hanson.

Here, with close harmonies and closer songwriting ideas, you can't really compare this to their solo work. So smoothly do they blend, it's hard to figure which voice is which on the catchy choruses that fill the album. Only when there's a solo start to a song, say with Hanson on "Don't Look Down" or Miles with her trademark sad edge on "Dark Waltz", do we think of them as individuals for a moment. The rest of the time, they're the Siamese twins of folk.

Each song is a co-write, so there's no claim on the lyrics as yet, but there's lots of great ones to fight over. Among the best are the little truths in catchy lines, such as "It's not far to fall if you don't look down", "I wouldn't have gone and paid my dues if I knew it cost so much", and "I took your love and wrote a heartbreak song for the radio." Another smart move was bringing in the fantastic Kevin Breit for guitar work (Norah Jones, Rosanne Cash, etc.), who as usual breitens every song he's on. Word is they are sharp, funny and just as winning live as they are on this album, so hopefully when they get back from Europe in March there will be opportunities to catch them in your neck of the woods.
Posted by Bob Mersereau at 7:47 PM