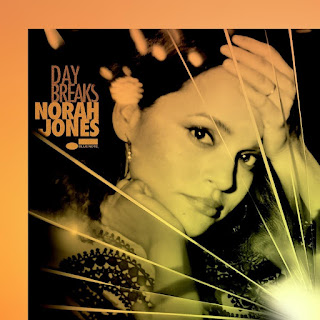 It's been hard following Norah Jones, what with her various side projects and style forays. If you haven't been able to keep track of the Little Willies or El Madmo or Puss n Boots records, or whether she's playing country, rock or Danger Mouse-produced pop. You can argue she's tried hard to throw off the jazz tag she got when she started at the acoustic piano, and sold mega-millions with Come Away With Me. At least, she's tried to follow her muse rather than walk a straight line.


Patient fans of that first album will feel rewarded with this set, which sees her return to the piano and straightforward songwriting for the first time in a decade. If anything, this edges a bit closer to jazz territory, but the beauty of Jones' music is that it is a heady, singular mix of so much. Carry On has a mix of country lyric, gospel soul and jazz structure, a cousin of Makin' Whoopee. While the album is filled with her own strong songs, she also sets aside room for a fascinating cover, a version of Neil Young's biographical number Don't Be Denied. She changes the gender and lyrics to make it less, well, Neil-ish, and brings out the fascinating melody that was always there, as well as adding some subtle, Band-like horns. And as always, her exquisite vocals and phrasing are the highlight. I've actually enjoyed all her forays, but there is something about her piano-based music that is so satisfying.
Posted by Bob Mersereau at 10:10 PM