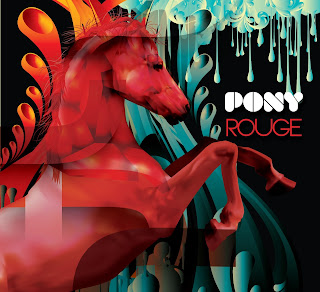 Here's the word: I've always been a lyrics guy, and much of my musical enjoyment over the years has been the turn of phrase, the internal rhyme, the mixture of musical and verbal mood. Because of that, it took me a long time to get to appreciate the instrumental side. Now, don't get me wrong, I certainly love a good tune too, and yes, recognize and love the masters, from Hendrix to Satchmo. But if push came to shove, I wanted to hear a singer too, hopefully one telling me something important.


I've been lucky the last little while to get out of that prejudice, thanks to a number of factors, I've been going through some Stax collections, and hearing Booker T. and the MG's, and the Bar-Kay's again, always inspiring. I've heard a couple of recent sets of Canadian players and writers I admire, such as the recent Aaron Comeau disc recently reviewed, and the reverb-crazy guitar of C & C Surf Factory (Colin Cripps and Champagne James Robertson). And now, a fine addition by some local (to me) Moncton, N.B. players, by the name of Pony Rouge.


It's the project of guitar player and writer Pierre Pitre, ably assisted by bass player John Maher and drummer Patrick Browne. Pitre has been on the scene a bit, but this is the debut for this trio, which he describes as a jazz/rock fusion group, although that limits them a bit. That's there, but so is a lovely classical guitar piece, Raison D'etre, funky moments, and even a bit of what I'll call East Coast surf on Surf des Aboiteaux.


Pitre's no show-off, and realizes that the real value is always in the notes you are playing, not how fast or furious you're doing it. Each song has a story in the melody to follow, interesting changes and structure. Charlie Chaplin, for instance, is fun, lively, and feels like a 1920s Dixieland number, with some banjo-like chords. You can imagine the Little Tramp twirling his cane to it. There's no need for words. If you do want some all-out playing though, just skip to YQM, his tribute to Rush.


Ear Candy Goodness is being launched this Friday, Oct. 7, in Moncton at the Aberdeen Cultural Centre, at 8 p.m.
Posted by Bob Mersereau at 9:32 PM