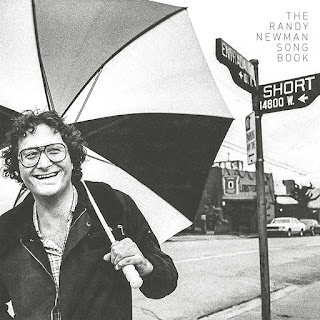 Back in 2003, Randy Newman started looking back at his five-decade songwriting career, by re-recording his songs solo at the piano. Always planned as a series (the first came subtitled Vol. 1), it has stretched to three full volumes, the latest having just arrived. Even better, there's a special vinyl edition that collects all three volumes, plus six bonus cuts not found elsewhere in a four-album box. It's a sumptuous set, packaged much like the impressive classical album sets of the past, with a large book printing on expensive paper, protective inner sleeves for the albums, all the care one takes for a special set.


Of course, it is. The quality packaging says "This guy's a treasure," and he is. There's a big percentage of people who feel that's because of his string of soundtracks, especially the beloved music of Toy Story. Rightly so, if you can touch an entire generation, and many of their parents too, you've done something pretty amazing. Lots of those kids and moms and dads would be pretty shocked to hear some of the sarcastic, ironic material from his other, admittedly smaller career. With only one Top 40 hit (the still largely misunderstood Short People), his grand catalog deserves a larger audience these days. This is a great way to hear most of the best.


With just Newman at the piano, the focus is on his brilliant lyrics, with a side of grand melodies. Newman is greatly influenced by his childhood in New Orleans, and you can hear that in many of his melodies and lots of his playing and singing. You can hear stride piano, references to famous characters such as former Louisiana governor Huey Long (Kingfish), and his several songs about racism (Rednecks, Sail Away). Although initially a songsmith for hire in the 60's (Mama Told Me Not To Come, I Think It's Going To Rain Today), his sharpest commentaries proved best delivered by himself. Newman knew how to put just the right amount of irony in the vocal, a pop Tom Lehrer style. His A Few Words In Defense Of Our Country may have been written at the tail end of the embarrassment he felt at the second Bush administration, but it sure feels perfect right now in the Year of Trump insanity.


Sometimes lost in the shuffle are Newman's other skills, including some remarkable love songs, best of which is Feels Like Home. And while Joe Cocker made You Can Leave Your Hat On more sexy, the naughtiness is stronger in Newman's own version.


For those who already own the first two volumes, there might be a temptation to go for the third volume alone, and skip the pricey vinyl box, but I'd advise against it if you're a big fan (with a hundred bucks). You get Feels Like Home, A Few Words In Defense..., and four others, but more, you get the treatment it deserves. It's one of those sets that feels like it should be treated as something special, a luxury in the same way you'd treat a piece of fine art.
Posted by Bob Mersereau at 7:07 PM