MUSIC REVIEW OF THE DAY: RUMER - THIS GIRL'S IN LOVE: A BACHARCH & DAVID SONGBOOK 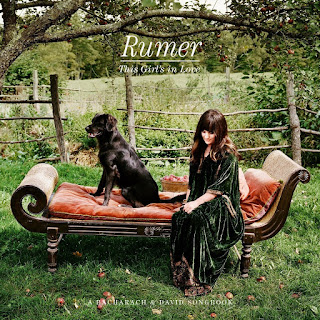 The woman with the golden voice returns with the album she so obviously needed to make. Not since Dionne Warwick has there been a singer with the emotional range needed to convey the range in the Bacharach/David catalogue. Bacharach has been the English singer's biggest supporter, and shows up here with a sentimental introduction cameo to This Girl's In Love With You.


While there are plenty of well-known hits in the set, including One Less Bell To Answer, The Look of Love and What The World Needs Now Is Love, smartly Rumer goes a lot deeper into the famed duo's songbook. The Balance of Nature is prime B&D, but was only an album cut for Warwick. Land Of Make Believe was one of the best cuts on the Dusty In Memphis album by Dusty Springfield, and The Last One To Be Loved was cut by the sadly-forgotten Bacharach/David interpreter Lou Johnson, a great soul voice of the early 60's. Volume 2 anyone? Rumer?
Posted by Bob Mersereau at 11:16 AM