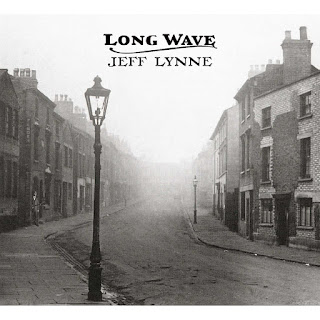 Lynne's often the whipping boy for music snobs, considered a wanna-be in the rock hall, the hanger-on in the Wilburys fraternity.  Well, when your peers accept you, the Petty-Dylan-Harrison types, that should be a clue the guy has the goods.  I suppose it's that ELO were never considered in the elite, but rather plastic hit makers.  And when Lynne entered into the sphere of those Wilbury types, the music they made did get glossy.  But it also got very nearly perfect pop.  Think Handle With Care, or Petty's I Won't Back Down or Free Fallin'.  Lynne knows what he's doing when you hand him the ball.

He takes classic sounds, and puts his own spin on them.  What were ELO, but The Beatles stringed and zinged?  No matter what style, Lynne delivers, but there's always a touch of air-brushed brilliance on top.  When he's working, that is.  There's been precious little evidence of that lately, but the floodgates are about to open.  A new album of originals is coming next year, and he also has re-recorded much of the ELO catalogue for a new Best-Of, now out as well.  This, however, is not the new stuff, but rather a curious covers album.  Seems he's always wanted to go back, way back, to the pre-rock era, to do some of the songs popular when he was little and Elvis was still driving a truck.  So we get some show tunes, some Tin Pan Alley, popular songs from the era of the popular song.  We're talking Charles Aznavour's She, Charlie Chaplin's Smile, and such chestnuts as Love Is A Many Splendored Thing and Bewitched, Bothered And Bewildered.  There are also some forays into 50's and 60's rock, again early heroes of Lynne's he heard on the radio, such as the Everly Brothers (So Sad), Orbison (Running Scared), and even Chuck Berry's Let It Rock.

It's a mixed bag, as you can imagine, and a bit slight, just 27 minutes long.  But you know what?  Damned if he doesn't make each one interesting; perfectly produced, of course, with great mimicry on some bits, imaginative updates at other points.  Lynne obsessively overdubs layers of guitar and keys to copy the old sonics, and yet gives it a bit of his own sound, too.  He's paying absolute attention to detail, and you can't help but be impressed with the final results.  And hey, they are classics, so it's listenable as well.  Lynne never reinvents the wheel, instead he drives the whole car in a different direction.
Posted by Bob Mersereau at 10:06 PM