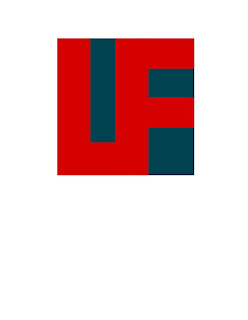 Tongue-in-cheek real rock that riffs on metal, prog, a little dance, and a lot of on-purpose inane lyrics.  You can look at this Toronto duo two ways; either as a laugh factory, or a return to simpler, even stupid rock values.  Pounding out the cartoon sounds, Uncle Father gives you a package tour of the stuff kids loved when I was a 70's teen.  Sleep All Night is full of heavy keyboard number, featuring big organ in the Jon Lord-Deep Purple style, and they found Keith Emerson's ELP synth in the back room, too.  Queen Of The Slaves 1 is a full-on machine gun guitar songs, all Sabbath vocals and pounding.  Then there's a power ballad called Queen Of The Slaves 2 - Hey, it's the same damn song, now just sung in falsetto in Journey style!  Clever buggers.

I'm mostly impressed by the group's audacity.  Queen Of The Slaves 1 and 2 include absolutely no other lyrics than the title, repeated over and over again.  It just shows that it actually doesn't matter what the singer sings, it's how he sings it.  Oh, and it's a he for sure, as the songs are filled with testosterone, and more take-offs on the classic lead singer.  Rock And Roll Saturday Night has all the right references, including cocaine, getting wasted, and the immortal line "my balls look huge because my pants so tight".  The less said about the next track, Sloppy, the better, but it would make Frank Zappa smile at it's filth.  The singer's testicular problem continues, as apparently they are abnormally large;  instead of seeking medical help for this affliction, he is very proud of this fact.

The thing about this seven-song mini-album is that past the topics and schtick, these guys can really play it well.  Sloppy is a great groove, and I'm sure they can fill a dance floor.  Uncle Father knows why this is called classic rock, and what makes it appealing still.  No, they don't take it completely seriously, but who does?
Posted by Bob Mersereau at 11:40 AM