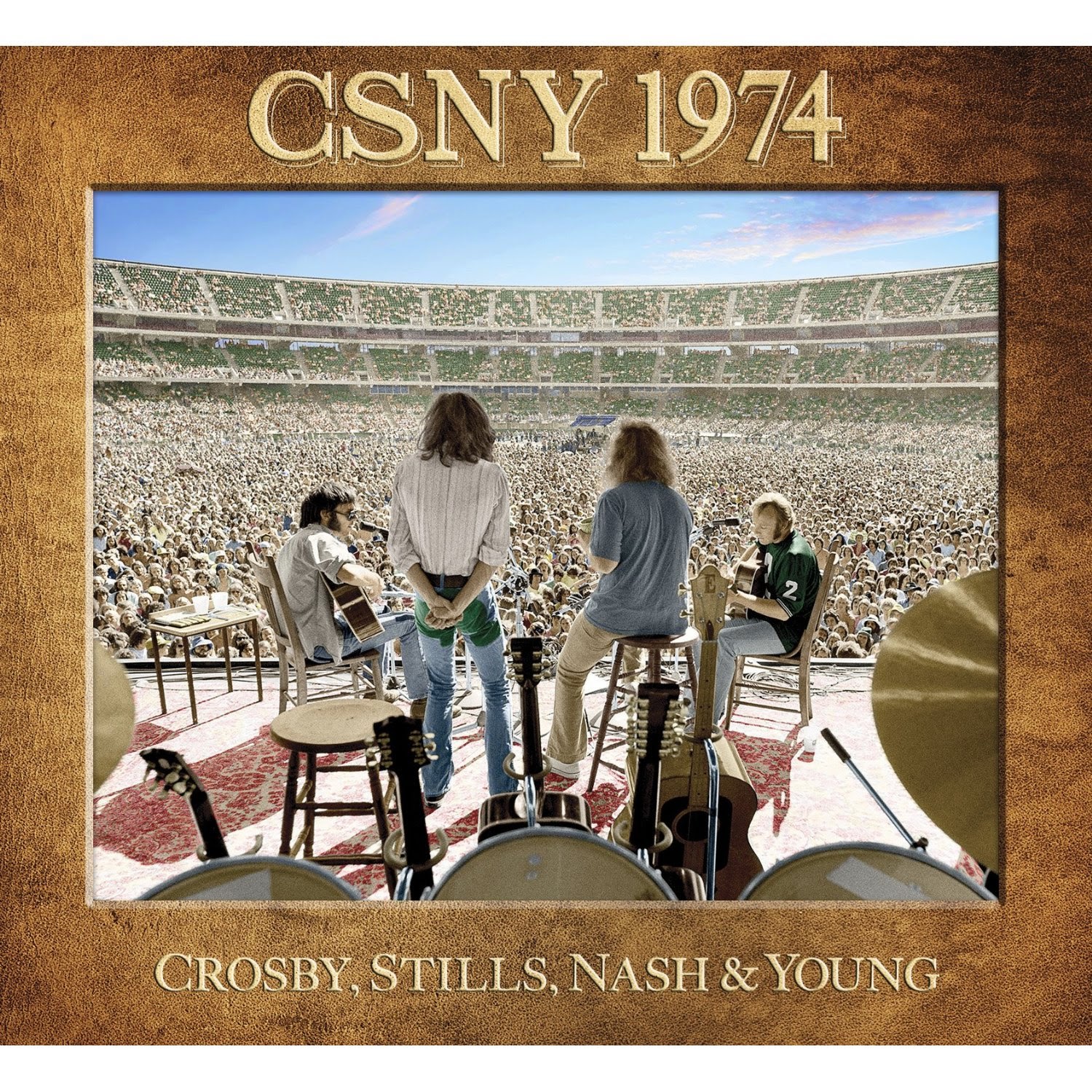 Long-awaited and the stuff of legend, this box from the famous 1974 CSNY reunion tour has gone through what everything to do with "Y" does. That means endless delays for frustrating reasons, to the point of being underwhelmed when the project finally does show up. Think Young's Archives Vol. 1, something so discussed for so long that when it did arrive, many wondered what all the fuss was about. This time, Young wanted the best available audio for Blu-ray, meaning producer Nash had to scrap much of the work a third of the way through and start over. He described the whole process as the most difficult project of his life, and said it took a year of work but four years for approvals.


So, given all that, it is underwhelming? My message is no. It is a giant gift of a box. You can go cheap and get the single, 16-track CD but that's missing way too much. It was a monumental tour, and you'll want the three CD, one DVD version, if only to get all the unreleased Neil Young numbers done that summer.


Ah, Young. This was one of his great periods, and he really does steal the show. The rest of them had done okay after the splintering of the group in 1970, but Young was in the stratosphere. He could fall back on great numbers from After the Gold Rush and Harvest (Only Love Can Break Your Heart, Old Man), helped out by the heavenly harmonies of the others. Or, he could dip into the current album, On The Beach, for bleak brilliance (Revolution Blues, On The Beach). Several of his songs made their debut on this tour, including some meant for CSNY projects that never came to be. That meant one of his best-loved numbers, Long May You Run, sat another two years before coming out, but we hear it here, already in its final state. Then you have the stuff of years of bootlegs: Pushed It Over The End, Love Art Blues, Hawaiian Sunrise. It's perhaps unfair to compare anyone to Young at this point, but it's hard to look at the other guys on the same stage and consider it a fair fight.


What's nice is that this set never seems like the clash of egos that has often marred the CSNY story. There is an overall fairness and cooperation on display, each member helping the other, everybody getting their turn to shine. If anything, it's the solo songs by each that come off better. They really seem to be trying on Stills' Johnny's Garden, Nash's Immigration Man, and Crosby's The Lee Shore. The big CSNY numbers like Deja Vu and Almost Cut My Hair have an air of smugness, like they know they are the big star numbers. Or maybe I'm projecting; anyway, I like the unexpected interplay.


Sadly, CSNY never got better. Young got more erratic, but has continued to show brilliance at times. The rest have really offered us at best a cautionary tale about drugs, money, ego and talent. The good news is that the recording legacy of this group has just grown a significant amount, and it's a very good set.
Posted by Bob Mersereau at 11:45 PM