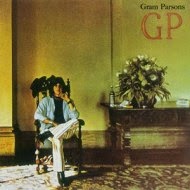 Here are a couple of must-owns for the roots fan. Parsons has long been the poster boy for alt.country, Americana, whatever it gets called when rock fans like country. Poor sellers when released, his death has pushed these up to equal status with his lone album with The Byrds (Sweetheart Of The Rodeo) and the debut Flying Burrito Brothers platter. They've been available in a nice CD set for years, but it's oh-so-cool to get them on vinyl again, reissued now in high-quality pressings.


GP was definitely the start of something, but as with all things Parsons, a bit of a shambles. His instincts were right; flush with inheritance money, he hired some of the best, including most of Elvis's TCB band, with James Burton on guitar, Ronnie Tutt on drums and Glen D. Hardin on piano. Then there was his new vocal partner, the unknown Emmylou Harris, whom he was in the process of schooling in classic country (she was a folkie before). Producing was ex-Traffic member Rik Grech, picked up in England after Parsons was booted out of the Rolling Stones orbit. What could go wrong?


Well, lots. Grech was a fellow traveler in the substance abuse sweepstakes, and Parsons was barely holding it together at the best of times. He was more concerned about authenticity than polish, and that meant some shambolic takes on covers We'll Sweep Out The Ashes In The Morning and That's All It Took. Harris wasn't smooth yet, and the poor woman could have used a few more takes at least to get her parts down, but Parsons was rushing things. Still there are grand songwriting gems and tremendous hurt vocals on The New Soft Shoe, A Song For You, and the great She, a doomed love song drenched in the oppressive Southern atmosphere of Parsons' youth. Parsons was getting close to his beloved and hoped-for Cosmic American Music, but it was greeted mostly with a big WTF? 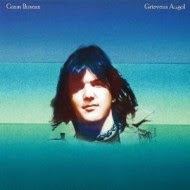 And then, like all good legends, he died.  Look it up, it's crazy, and involves corpse theft and a partial cremation out in the desert.  But he'd already gone on a game-changing tour with Harris and some of the band, and made the follow-up, Grievous Angel.  Parsons had been cleaning up a bit, and the albums has a much-improved sound and cohesion.   The brilliant Return of the Grievous Angel, with its calico bonnet and truckers and kickers and cowboy angels is the key, the song he'd searched for, the one that took the spirit of classic American country and placed it squarely in the now.  The band was working beautifully, with Burton's licks and Emmylou's twang now essential to the sound.  The sorrow of Brass Buttons and $1000 Wedding was heart-wrenching, and the welcome return of Parsons' Byrds-era classic Hickory Wind a masterstroke.  Even the covers were essential, especially the duet with Harris on Love Hurts, perhaps the best-ever version of this song in a field crowded with the likes of The Everly Brothers and Roy Orbison.

Gram Parsons was talented, a visionary, and driven, but he was also lazy, troubled and foolish.  He frittered away every great opportunity he was given, had great respect for the music but little for the talented people around him who helped him reach the greatest heights.  Infuriating, especially when you hear these last two albums he made, and where it could have gone.
Posted by Bob Mersereau at 7:14 AM