MUSIC REVIEW OF THE DAY: JOHN HIATT - TERMS OF MY SURRENDER 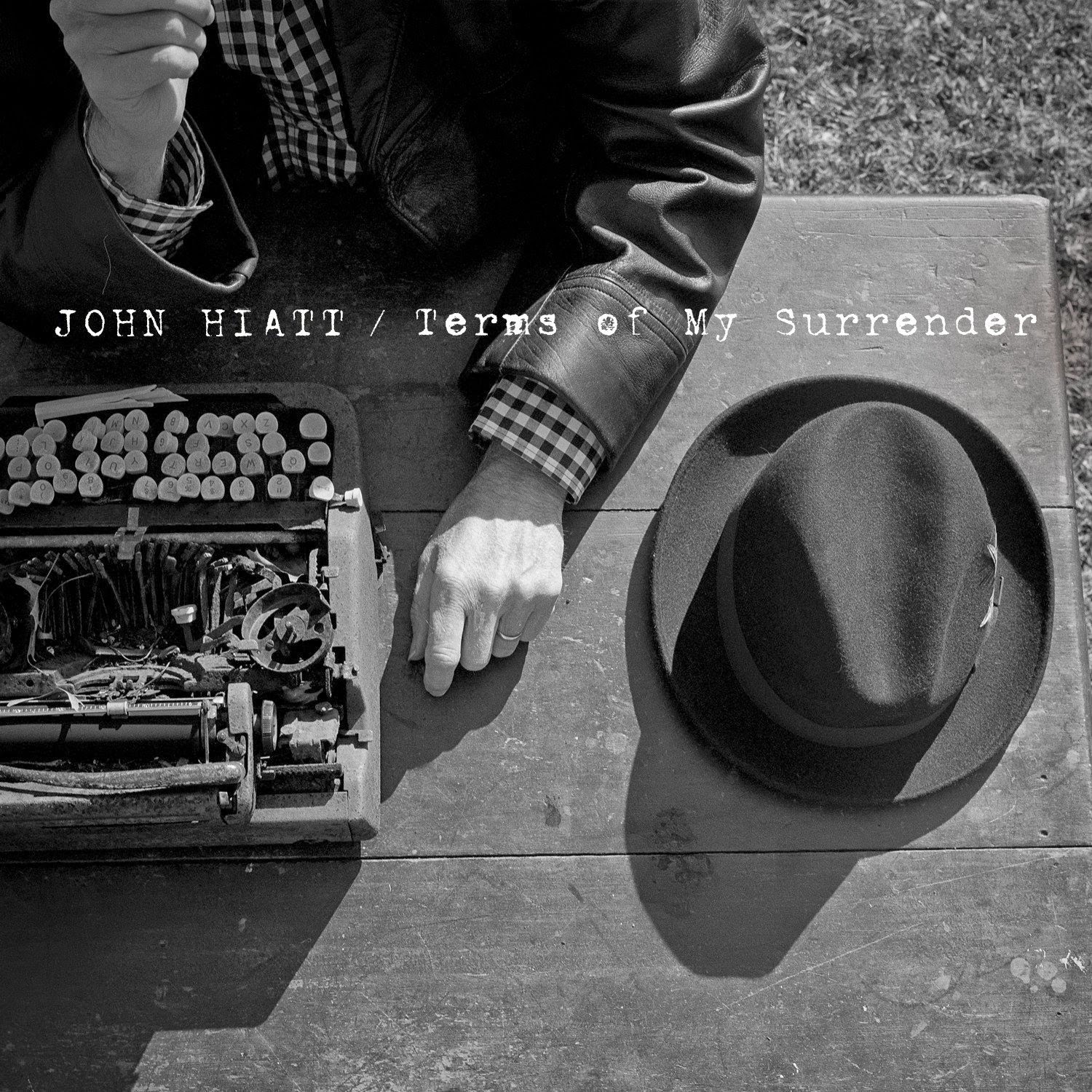 This is quite a different album for Hiatt. The overall feel is acoustic blues, not unknown in his repertoire but the furthest he's gone in that field. There is a band involved, his touring guys giving it the full sound, but Hiatt's acoustic is up front, the lyrics are largely dark and philosophical, the vocals slightly slurred and gruff.


The disc starts out with several world-weary numbers. The opener Long Time Comin' shows Hiatt might be tough to be around on bad days: "I've sang these songs a thousand times, ever since I was young/It's a long time comin' and the drummer keeps drummin', your work is never done." Wind Don't Have To Hurry is downright bleak, with the thought police taking your liberty, and your soul already sold for a bit of silver and gold. The mood does get lifted a little on Marlene, the girl the singer isn't good enough to win. Finally, by cut six, Baby's Gonna Kick, we get relief as the band goes uptown and we get a good groove. This is bad boy Hiatt again, admitting he's a wild one and that his lover will give him the boot when she's finally had enough, but it's delivered fun and sexy.


Hiatt must have sensed the dark side was winning on the album, because there's a cheap laugh tune included, Old People, which is a rant about senior citizens being a miserable, cheap, crafty bunch. It isn't up to the usual clever Hiatt standards, the chorus is dumb ("Old people are pushy/they're not mushy"), and feels like its there to placate the old fans who want some of his fun stuff. I'll admit it does take a couple of listens to appreciate the darkness here, but I think most will get there eventually, and the blues playing is sterling throughout. And if you want great Hiatt lyrics, you'll find them in the title cut, where he sings "Sometimes love can be so wrong, like a fat man in a thong."


There's another teaser offered in the deluxe edition, a live concert DVD. Of the ten cuts, only two are new, the rest being classic Hiatt numbers such as Slow Turning, Drive South and Have A Little Faith In Me. That alone is enough to grab this set, even if you do find the album proper a little too heavy.
Posted by Bob Mersereau at 12:53 PM