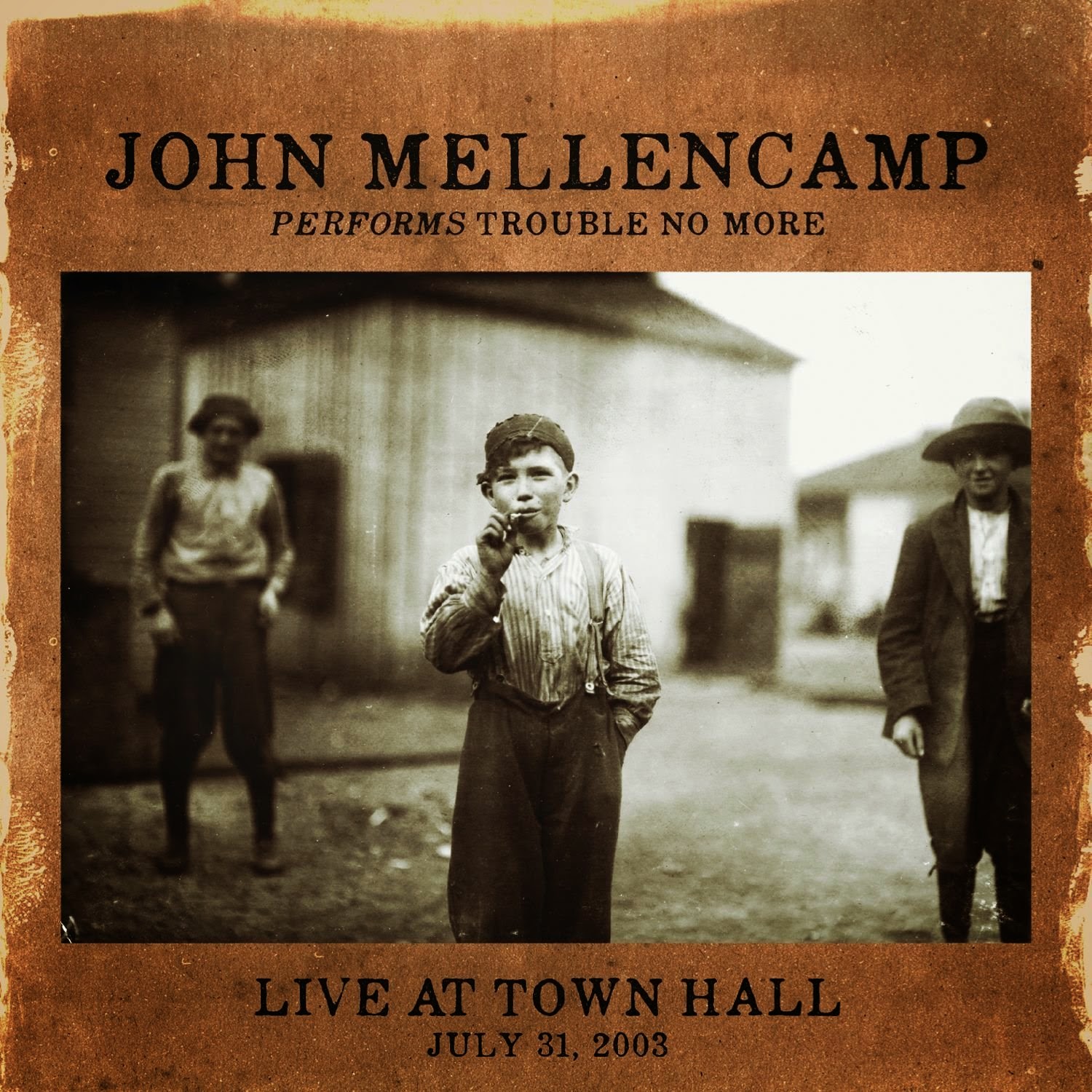 In reviewing the recent 19-disc, complete works box set from Mellencamp, it became clear that he has been, for the most part, a singles specialist. Not that he wants to be; he clearly has had aspirations as a serious rocker with important albums. But over and over again, he would offer up a couple of decent or even killer songs per outing, with the rest ho-hum. And tellingly, his last few albums have featured perhaps one or none at all.


The one album of the past 15 years or so that I did like was Trouble No More, his blues and standards collection from 2003. It was a contract-filler, but a different one. Mellencamp truly wanted to celebrate the material, and to make it current too. Recorded in the wake of 9/11 and the Bush invasion of Iraq, he wanted to make a statement about war-mongering, and the relevancy of the words of Woody Guthrie and some of the old bluesmen. And, he had a couple of words of his own.


This set is one of the two concerts Mellencamp gave at the time featuring the songs of the album. Coming out strong with a couple of old blues classics, Stones In My Passway by Robert Johnson, and Son House's Death Letter, he follows up those scary words with some of his own. Rewriting another old blues theme, he modernized To Washington as a condemnation of Bush and Cheney, accusing them of using excuses to start was for profit. Then comes Bob Dylan's Highway 61, with another brazen re-write. In his new version, Bush prays for a way to fight the next world war, and is told "Just give Donald Rumsfeld about a million guns, and have it out on Highway 61." It gutsy, which has always been Mellencamp's second-best trait.


His best trait has been those catchy heartland rockers, and a few turn up here as well, the best and rootsiest of them, Pink Houses, Paper In Fire and Small Town. For a guy so associated with rural U.S. values, it's one of his best moments.
Posted by Bob Mersereau at 10:29 PM