MUSIC REVIEW OF THE DAY: THE WHO -- QUADROPHENIA LIVE IN LONDON (Blu-ray/DVD) 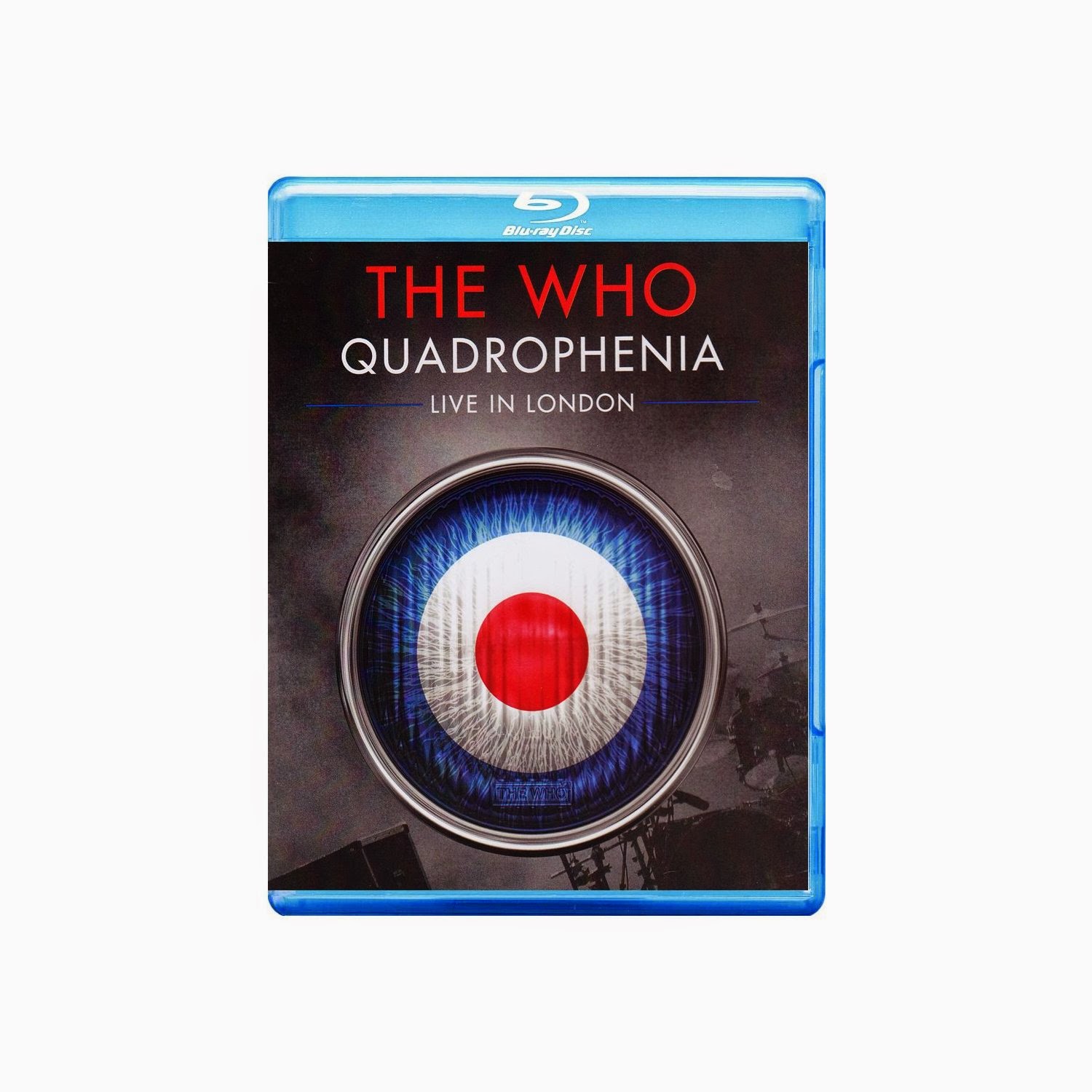 Yes, yes, I know, I know, how old are those guys, when are they going to quit, how many times are they going to trot out the same old stuff, etc. etc. The thing is, they haven't done Quadrophenia that much, and never in this form before. And let me tell you, Roger and Pete really pulled this show off. I put Roger first, because it was his baby. He talked Townshend into it, and developed the elaborate stage presentation. Pete puts on a fine performance, but the big cheers should go to Daltry for the show concept, and for sounding so damn good at 70. Very, very impressive.


The way the album/rock opera is being presented is as a concert with visuals. All through the performance, film footage flies past, on a series of big and small screens surrounding the musicians. It's not presenting the storyline, as the movie version did, but instead these are images and news events that connect the audience to the historical context of the characters in Townshend's project. Quadrophenia was a rough coming-of-age set in the Mod world of mid-60's England, a main character who felt split in four directions while trying to become an adult. Those four personalities also reflected the four members of The Who. So, we get film of World War II England, which completely changed British society, and we watch a flurry of images that take us up to the 60's. Then, the footage becomes interspersed with vintage performance pieces by The Who themselves, fascinating shots of the band as mere children, pummeling their instruments. Daltry and Townshend strut their stuff in front of their younger selves, and the shots of the late Keith Moon are especially touching.

Later on, in a brilliant piece of theatre, John Entwistle takes over the screen, and plays one of his fantastic "lead bass" solos in the middle of the song 5;15, a wonderful bit of trickery as Daltry watches along with us, his late band mate taking over the stage to everyone's delight. For the home video version, some of the film footage is edited in as full-frame material, so its arguable that we get an even better view than the July 2013 audience. It's a blast of a show no matter what, and for my bucks, a better version of Quadrophenia than the group could have done in its 1970's heyday. Bonus tracks feature the lengthy encore that night, a six-song hits set with Won't Get Fooled Again, Who Are You, Pinball Wizard and more.
Posted by Bob Mersereau at 8:44 PM