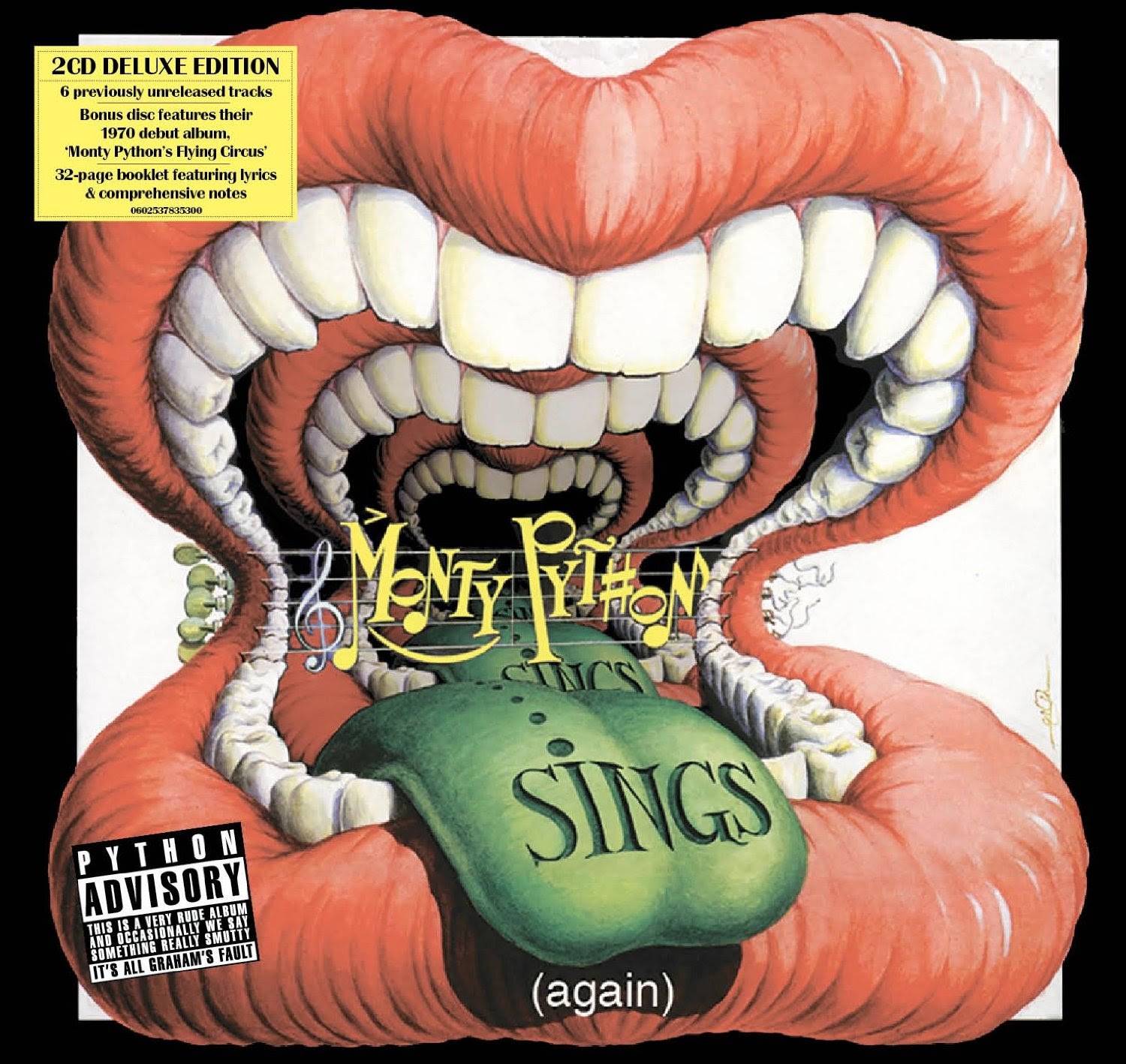 Leading up to the final, sold-out reunion show in London on Sunday, Python have released a handful of artifacts, including this new version of the group's musical numbers. Sings was originally released in 1989, and was quite popular, collecting such favourites as The Lumberjack Song, Always Look On The Bright Side Of Life, and Eric the Half-a-Bee. Most aren't quite the way you know them, from the films or TV shows, as they were re-recorded for Python albums or live shows over the years. But the jokes are still the same, usually just the links are changed a bit, as they are taken from a different skit or introduction.


To beef up the set, six new numbers have been added, out-takes from old sessions, or unused ideas from cancelled productions. These include The Lousy Song, where the late Graham Chapman wanders into the studio to find Eric Idle listening back to a song he's just recording. Chapman finds it repulsive, and declares it bad enough for the album, and years later it finally finds that home.


The bigger bonus is found on disc two, which is actually the old 1970 movie (their first), Monty Python's Flying Circus (live), put out by the BBC as the TV show started to take off. It's a collection of many of their most beloved sketches, including Flying Sheep, Crunchy Frog, Nudge Nudge Wink Wink, and of course, Dead Parrot Sketch. Having vintage and prime versions of these is, for me, better than the entire Sings (Again) album.
Posted by Bob Mersereau at 5:50 PM