MUSIC REVIEW OF THE DAY: NAT KING COLE - THE EXTRAORDINARY 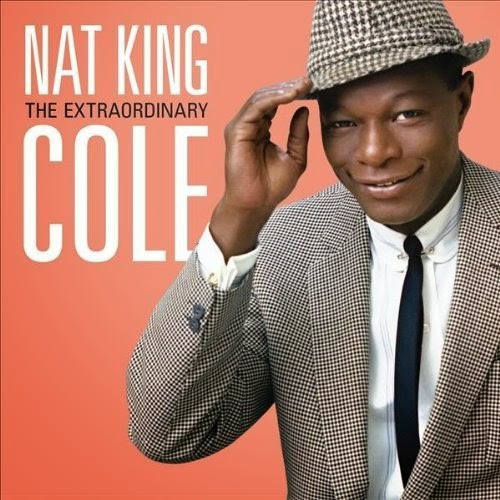 Maybe Nat King Cole made it look too easy.  He excelled at everything he did, yet he doesn't gets the kudos of Sinatra or Ella or Bing, let alone Dean Martin or Tony Bennett.  But when you look at everything he did, it's pretty staggering.  He was a grade-A jazz pianist first, then started to push his vocal sounds.  When he made the conscious move to more pop material, such as Unforgettable and Nature Boy, his sales were huge, and for good reason Capitol Records' iconic L.A. tower was called The House That Nat Built.  He did dozens of movies and TV shows, and even became the first African-American to host his own TV variety series.   Plus, it all seemed to be done without breaking a sweat.  He was the ultimate cool guy.

He might be best remembered for the ballads, but he could do it all, from Latin (Papa Loves Mambo) to Rat Pack (Open Up The Doghouse, Two Cats Are Coming In with Dino).  It's the swing I like, the breezy way he sings Route 66 or Walkin' My Baby Back Home.  As for jazz chops, his version of Ellington's Don't Get Around Much Anymore matches any.  This is a nice packed set at 22 cuts, including a previously unreleased take of 1953's You're W
rong All Wrong.  Some of the big hits here are the 1961 re-recorded versions, including Mona Lisa and Unforgettable, but they don't sound flawed and the vocals are perfect.  All you Mad Men fans need at least one Nat collection.
Posted by Bob Mersereau at 1:52 PM