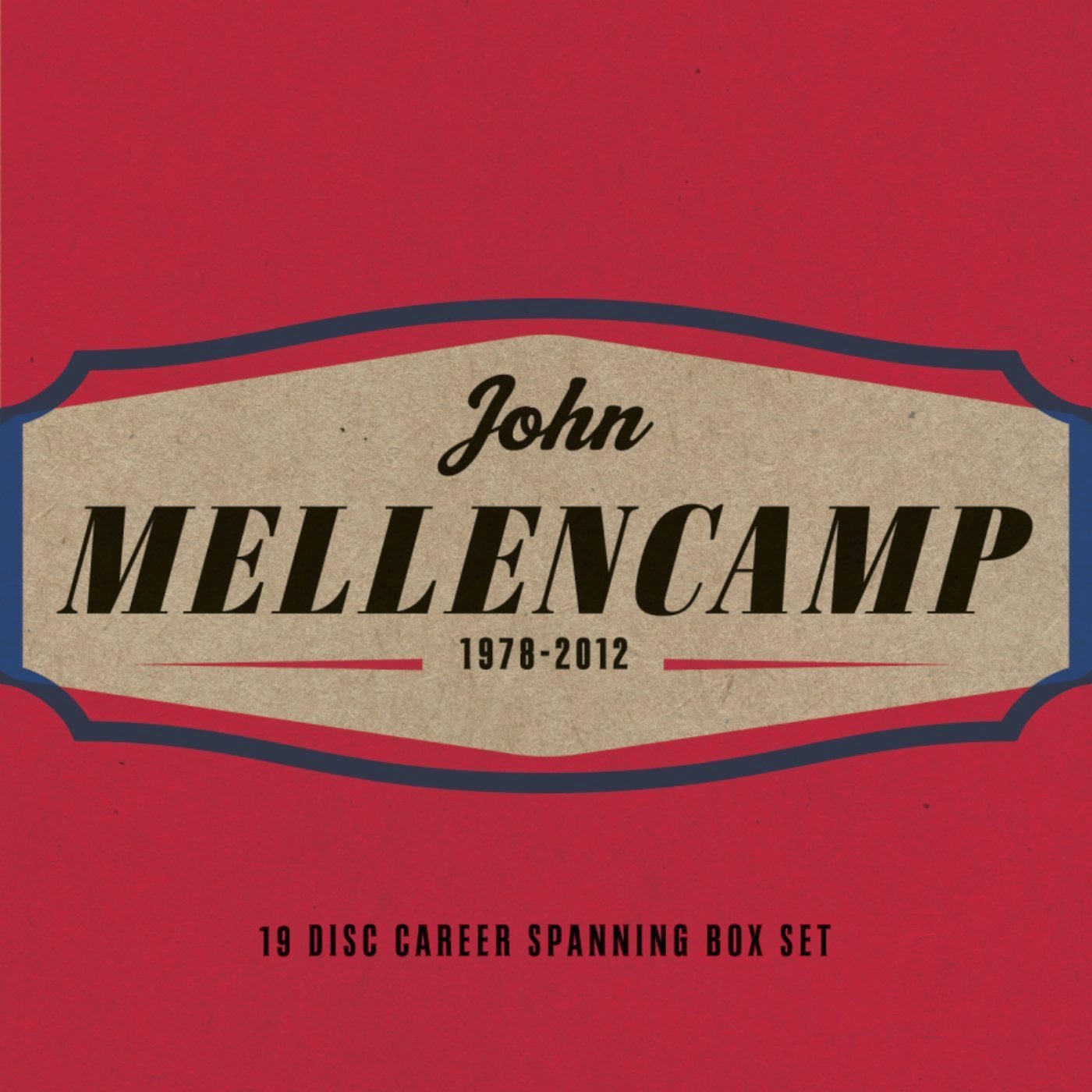 That's a lot of Johnny Cougar. 19 discs to be precise, each of his regular albums, plus the soundtrack to his 1992 movie Falling From Grace, in which he starred, directed, produced and put together the soundtrack. Just from that alone, you can tell Mellencamp has a healthy opinion of his talent. I'm not going to deny there's something to him, but after going start to finish with this gargantuan box, I'm not going to rave either.


Mellencamp broke through at the end of the 70's and into the 80's, a time of album artists, and he's always acted like one. The thing is, he's really been more of a singles artist, at least in terms of popularity. Early albums John Cougar and Nothing Matters And What If It Did were really only noticeable for the hits I Need A Lover, Ain't Even Done With The Night and This Time. Things really got going with American Fool, which held Hurts So Good and Jack & Diane, but little else. But Mellencamp was moving like a heartland Springsteen, farms instead of factories. So there was a higher concept to this stuff. He hit us full-on with it for the next two albums, Uh-Huh and Scarecrow. We're celebrating the little guys and gals in the Small Towns, in those Little Pink Houses, where the walls are Crumblin' Down, trying to make it through the Lonely Ol' Night.


This was JCM at his peak, with an unstoppable string of hits, and you can add in Authority Song, R.O.C.K. In The U.S.A., and Rain On The Scarecrow to that. Everything he was writing fit into these fist-pumping mini-anthems, although the album tracks that went with them would usually fall flat. And didn't you find the writing a bit confusing? You had that ominous line, "Rain on the scarecrow...". As far as I know, farmers (and scarecrows) like a good amount of rain. What's Jack & Diane about, anyway? "Oh yeah, life goes on/and nothing actually happens in this song."


The next two albums saw him try to be a bit more reflective, and the music started to become more varied, but he still continued the annoying habit of using truncated sentences or forcing awkward sentences into existing melodies. Now, those melodies continued to be the best thing about the albums, and for awhile there would be a great-sounding single such as Cherry Bomb or Paper In Fire to enjoy. But the 90's were not kind to his career, and by 1999 he was doing acoustic covers of his old hits on the Rough Harvest album, to get out of the contract.


Only five albums have come out in the 2000's, a mixed bag at best. Cutting Heads in 2001 was pretty good, with a lot more songwriting variety, but not a hit in sight. Trouble No More I really enjoyed, and still do. It's his full covers album, a mix of old folk blues from Son House and Robert Johnson, some Woody Guthrie, and left-field tunes such as Skeeter Davis' The End Of The World. But Freedom's Road was a disaster, with Our Country a blatant truck commercial, and some Liberal 101 lyrics to counter the redneck vibe of that.


In the most bizarre move of T Bone Burnett's well-respected career, the producer teamed up with Mellencamp for the singer's latest two albums, Live Death Love And Freedom, and No Better Than This. While Burnett brings his trademark acoustic sound to the proceedings, he does nothing to save the songs. They are a mournful bunch, both albums plodding along with little relief. I The songs may say something meaningful, but I'll never find out, such is the dreariness of listening through. News that the duo have recorded a new one for this fall gives me no pleasure.


In 1989's Pop Singer, Mellencamp protested that he "never wanted to be no pop singer, never wanted to write no pop songs." But that is exactly what he did, and what he was good at. The millions of fans he once had loved it when he got all riled up and shook his mane. He seemed angry, defiant and a hero. The trouble was, he wanted to be like Bob Dylan, and have something important to say. In the end, you could put a cherry bomb to this box set, and be left with maybe a good two-CD set.
Posted by Bob Mersereau at 4:33 PM