MUSIC REVIEW OF THE DAY: PUSSNBOOTS - NO FOOLS, NO FUN 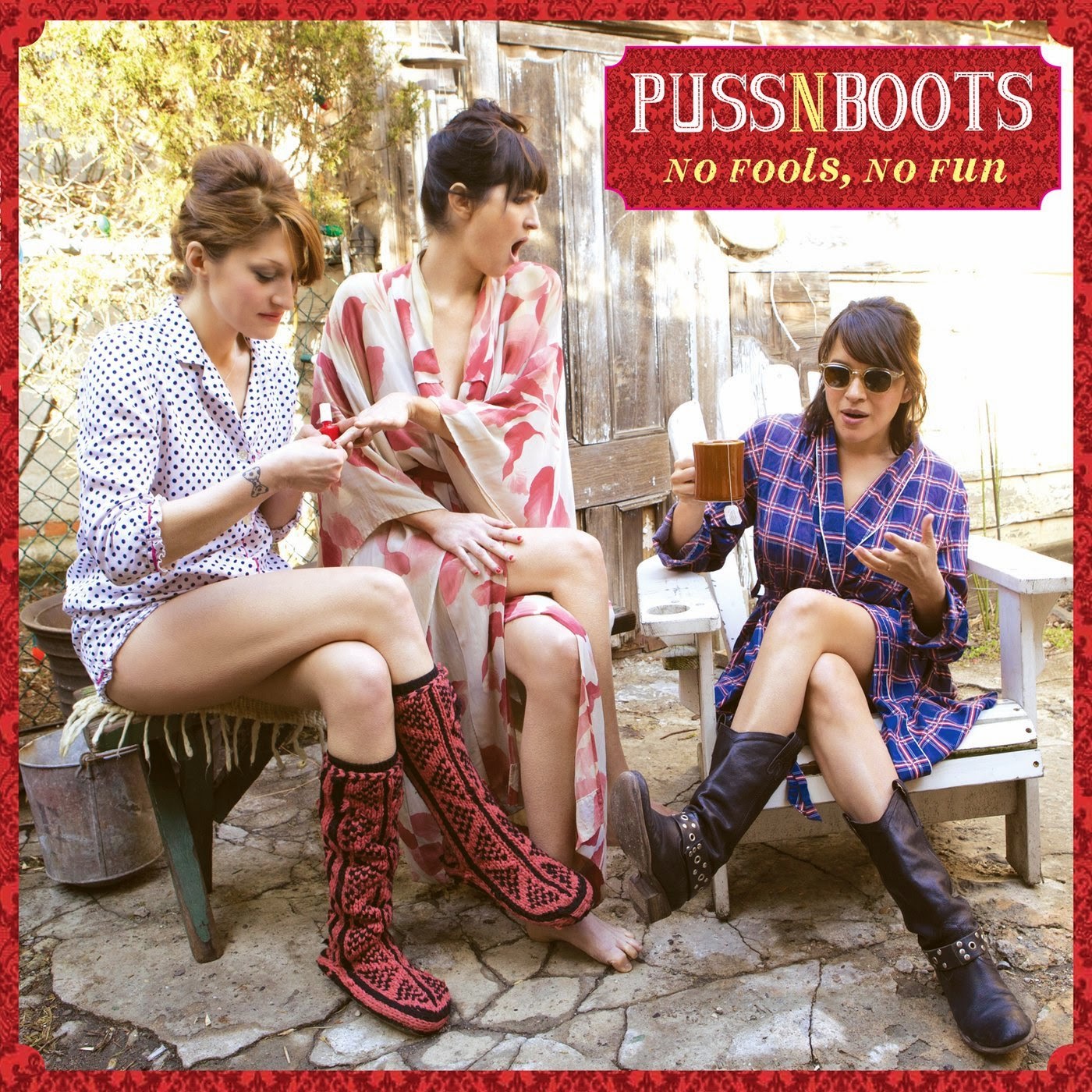 Norah is the queen of side projects, giving us both The Little Willies and the Billie Joe & Norah sets, and she'll duet with anybody who asks, especially if they are country. She's been gigging with this group since 2008 for fun, mostly to learn guitar and do country songs without any pressure. Joining her are Sasha Dobson, another jazzy kind of singer on her own, and Catherine Popper, bassist for a bit in Ryan Adams and the Cardinals and Grace Potter and the Nocturnals.


All three take turns at the vocals, look for nice harmony moments, and bring originals to the table. But it's the covers were they seem to have most fun. The album features both studio and live tracks, and everybody pitches in where needed, Dobson handling drums if needed, Jones supplying a little fiddle, all playing acoustic guitar, and nobody playing piano, it seems to have been banned, making sure we realized this is not a typical Norah Jones album (whatever that is now.)


I'd be just as happy if Jones never did another of her old style albums. Listen to her Don't Know What It Means, an old country twanger with a Bo Diddley guitar sound, and its clear she could easily just continue in the alt-country world. She has the right taste too; the covers here include a grand live version of Neil Young's Down By The River, with the best vocals that song has ever had, and more strong harmonies on the under-appreciated Band number Twilight. If anything, this is better than the Little Willies stuff.
Posted by Bob Mersereau at 3:24 PM