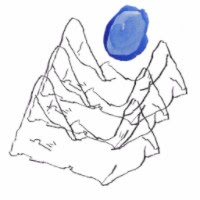 Now don't you be trying to nail down what Andrew Sisk is up to. He's been juggling projects and bands and names since his beloved Fredericton band Share closed shop back in 2010. Just when you got your head around that, Share's back, although just for a couple of shows. Sisk will join his former bandmates, who also comprise Olympic Symphonium, in a double-bill of classic albums, at the Fredericton Public Library on March 3, and the Timber Lounge in Halifax March 4. They'll play the entirety of Share's album Pedestrian, and then switch over and play the Symphonium's debut Chapter 1, celebrating the 10th anniversary of both.


In the meantime, Sisk has a brand-new EP out under his own name (as opposed to the work he's done with Coco et Co.) called Antarcticalia. It's the follow-up to Articalia, projects that match his songwriting charms with a touch of bossa nova ease. It's six tracks, all at around 3 minutes, of relaxed tempos and plush melodies. Some are stripped-down to acoustic charms, especially Bad Landlord and No Killing, which Gilberto and Getz could jam on. Other parts get some pretty nifty upgrades, including out-of-place noisy guitar and out-of-era synth. As always, Sisk supplies cool vocals and some great pop moments, Book Club here sounding like a lost Todd Rundgren classic. It's over too fast, but easily handles much repeated listening.
Posted by Bob Mersereau at 8:56 PM