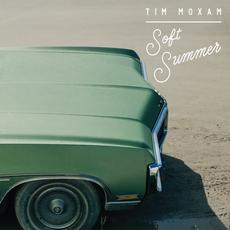 Tim Moxam has been a breath of fresh air over the past few months, with his album Soft Summer a touching, calming experience. I`d call his sound acoustic-plus, with the strumming and brushed drums joined by ringing pedal steel notes, sweet backing vocals and lots of ethereal echo. I`d written before that he reminds me of those early 70`s Cat Stevens cuts, and I say that with sincere praise, as he`s a fine singer with an emotional delivery and lots of quirky chord changes that put that extra bit of ennui into the songs.


Harvest for the Queen has received the most attention, thanks to some solid CBC Radio 2 support, with a little more pop oomph and some electric guitar to spice things up, while still sounding somewhat old-fashioned, with its queens and bees and honey. The whole album has that vibe, and I`m loving it, a kinder, gentler feel.


Moxam is back on the East Coast for the second time in four months for another set of dates. This time he`s appearing with Australian labelmate Liz Stringer. They`ll be at the beloved Dunk in Breadalbane, P.E.I. on Saturday, Feb. 4, Charlottetown`s Old Triangle on Sunday, Bar Menz in Halifax on Monday, Feb. 6, a house concert in Boutillier`s Point, N.S. on Tuesday, and at Grimross Brewery on Wednesday, Feb. 8.
Posted by Bob Mersereau at 3:18 PM