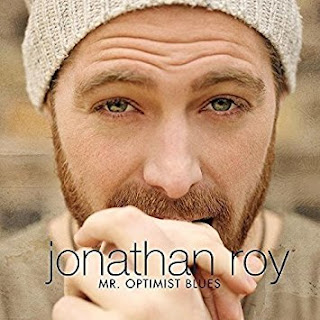 It's very hard to get your head around the fact this is son of NHL star goaltender/coach Patrick Roy. If that isn't enough, he's the protege of another Quebec star, Corey Hart, who signed young Roy to his label, and wrote several of the cuts on this 9-track set, including the breakthrough hit Daniella Denmark. But you don't hear Hart or Roy senior when you play the songs, just this big, soulful voice.


Falling somewhere between Ed Sheeran and Passenger (even though there's not much room between them), Roy's music is smooth, mellow and right in line with the new kind of singer-songwriter, with a side of reggae. While he has a few of his own here, the best ones are Hart's, while Roy is excelling at emotional deliveries and sincerity. Best of all, he doesn't sound like he's forcing the feelings, a tendency some of the others in this style are guilty of. Add in that these are some of the best songs Hart has written since, you know, THAT one, and it's a promising partnership. This time, a Roy scores (groan).
Posted by Bob Mersereau at 9:08 PM