MUSIC REVIEW OF THE DAY: CARY MORIN - CRADLE TO THE GRAVE 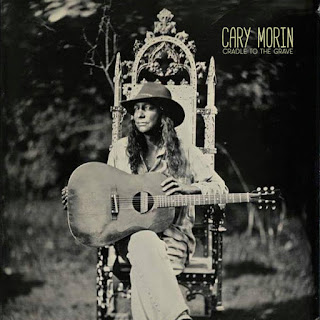 Fingerpicker Morin proves that often the blues is best served up cut to the bone. This is the latest in his series of acoustic albums, just the man and his nimble fingers, weaving stories that ring true, all the while dazzling with dexterity. There's something haunting about fingerstyle blues, and Morin's soulful delivery just adds to that.


Sometimes he's old blues, sometimes he's more folk, and in a couple of places, he brings on the lived-in roots charm of John Hiatt. You can feel the wide-open spaces of his home in Colorado, and previously in Montana, and an ancient connection through his own Crow tribal heritage. Dawn's Early Light reclaims that uber-patriotic phrase for people who are a lot closer to nature, written especially for the Standing Rock Sioux Tribe, and it's pipeline fight. Folks might get a kick out of the Phish cover, Back On The Train, but the killer is his blues version of Nothing Compares 2 U, which works really well. For one guitar, one guy, this is a surprisingly diverse, and never dull set.
Posted by Bob Mersereau at 2:16 PM