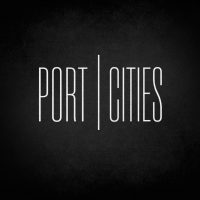 The long-anticipated debut from this young Nova Scotia supergroup has finally arrived, after almost three years of gigs and planning. The trio is made up of established solo artists: Carleton Stone, Breagh MacKinnon and Dylan Guthro, who first got together at the annual Gordie Sampson Songcamp in Cape Breton. Slowly over a few years, they became friends, co-writers and eventually started doing shows together. Finally they realized there was an undeniable magic happening.


Produced by their mentor Sampson, what jumps out the most is the group harmonies, which come out at you in every possible combination. Which each member a singer and writer on their own, they shares the leads, but each track has an arrangement that lets them use that strength to full advantage, coming at you in twos and threes. It's not even safe to speculate on who wrote what, as they all contribute in multiple combinations. It's certainly a situation where the whole is bigger than the parts as well, since the songs take off in surprising ways. Each member has complementary yet distinctive skills. While all write, sing and play, they differ as much as they compare; Guthro's strength is as a player/producer, MacKinnon's is as a composer, while Stone's best known as a writer.


That's resulted in an album with a wide reach of songs, almost impossible to categorize other than thoroughly modern. You'd never call it typical East Coast, except in the strength of the songwriting. The production is bright, clean, layered and modern, with the focus on the vocals, yet lots of edge in behind. They're going to be a band that attracts its own fans, some young, some older adults, some from country, some from pop, some from rock, it won't matter. Back To The Bottom has been the track heard over the past year, and there are more gems to come, with On The Nights You Stay Home a great driving rock cut in the Fleetwood Mac vein. Along with others such as Hillsburn and Ria Mae, the East Coast has a whole new side.
Posted by Bob Mersereau at 3:53 PM