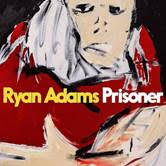 From a guy whose breakthrough album was called Heartbreaker, it shouldn't be a surprise that relationship woes can continue to inspire great work. This is Adams' first set of originals since his self-titled album of 2014, a strong set that saw him embrace a more basic rock sound. That was followed by 2015's headline-grabbing complete cover of Taylor Swift's 1989 album, apparently feeling in need of a little joy during the collapse of his marriage. Now, we get the inevitable disc of break-up songs.


Adams sure can write 'em with his heart on display. Lead single Do You Still Love Me? sets the tone, asking "Why can't I feel your love, my heart must be blind." There's no great progression from hurt to anger to acceptance here, it's a whole collection of levels of blue. In Haunted House, he admits, "I live here all alone ain't no one else." To Be Without You states "Every night is lonesome and is longer than before." Even the last track leaves us with "If I was born to be a loner, ok, but I'm not made of stone and I'm so blown away." Heck, even the photo in the booklet shows him lying in bed, clinging to a cat.


I guess enough time has past that he can deal with it all. Musically, in some cases it rocks, and surprisingly doesn't pitch into dreariness. Adams can deliver those lines in a mesmerising way, almost like he is a detached observer, and that lets us off the emotional hook a bit as well. He must be doing okay with it all anyway, as he's doing the big push on every media platform, from The Tonight Show to Marc Maron's WTF podcast, and then going on a big tour. He's still the best broken heart around.
Posted by Bob Mersereau at 9:17 PM