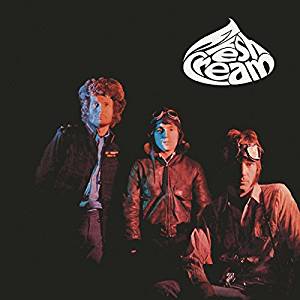 We live in a world where the President of the United States routinely lies and gets away with it, where a bottle of Pepsi is cheaper than a bottle of water in restaurants, and where a 50-year old, 35-minute album can be turned into a four-disc, five-hour long box set. I can explain the last one.


It's the whole mono/stereo thing. Take this Cream album, the group's December 1966 debut. Disc one is the album in mono, an outtake in mono, and the singles from the album in mono. But that was only 50-ish minutes, so God bless 'em, here come the French. France loved the E.P. in the 60's, and instead of singles would put out E.P.'s of four cuts. Often, and in the case of two here, they would get slightly different mixes of cuts than the British versions, mostly because nobody checked or cared that much. So now, we're up to 75 minutes, disc one is done.


Disc two, of course, repeats everything in stereo. But because there are no singles or E.P.'s (all in mono those days), to draw on, instead the compilers took it upon themselves to create a few new mixes, just because. Disc three is the outtakes and BBC set, another standard of these collections, where you get early versions of the songs, and a couple more attempted but dropped songs, not fully formed. Then there's four different sessions for the Beeb, with 14 cuts recorded at the radio station studios, plus a couple of interviews with Eric Clapton. Finally, disc four is the now-standard Blu-ray featuring high resolution versions of all the same again, for those with very big ears and matching sound systems.


Whew! That's a lot of versions of these cuts, some here as many as nine times. I don't know about you, but I have to pay pretty close attention to tell if something's in mono or stereo. Now, some of them do have noticeable differences, which is always fun, even the occasional alternative solo from Clapton, or moments buried in mono that come out clear in stereo. But most of the time, it's basically the same. Or, as my son said, didn't we just hear that? Most cool would be the BBC stuff, where the new band showed off some of their live stuff, including Clapton's stand-by Crossroads, and Lawdy Mama, songs not on the Fresh Cream album.


Fresh Cream is probably the least-known release from the band, as they didn't break out in North America until the next year, with Disraeli Gears, followed by Wheels of Fire. It's probably not what you'd expect if unfamiliar with it, and it wasn't what was expected when it came out, either. This trio of exceptional blues players, rock's first supergroup, surprised everyone by being more arty than expected, debuting with the music hall-styled Wrapping Paper (included here) and then some whimsical concoctions of the first side of their album, such as N.S.U. and Sleepy Time Time. They did get to the blues eventually, and the fireworks got going with radical takes on classics Spoonful, Rollin' and Tumblin' and I'm So Glad. Drumming madman Ginger Baker has his famous solo piece here, Toad, thankfully only five minutes long in its studio incarnation. Also included is the very strong second single, I Feel Free, a better indication of where they'd be going than Wrapping Paper suggested. In all, it's a solid debut, not the home run they'd hit as a live band, but worth having in some form.


In this form, you do get all the extras in one place, and the BBC takes are worth repeated listening, as there are some fiery versions. There's typical fine packaging as well, a solid hard-cover book and a good historical essay of how the band formed, and their first year together. These things are always a treat for big fans, and that's a good way to look at it, treating yourself to something a little extra, and going, yeah, I DO want 9 versions of I Feel Free, thank you very much.
Posted by Bob Mersereau at 10:14 PM