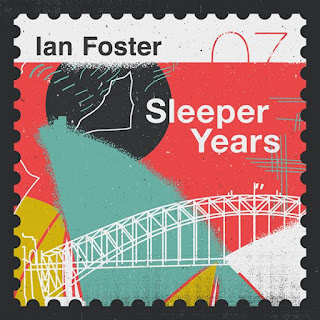 Newfoundland singer/songwriter Foster has put out six albums, a soundtrack and a stand-alone single since 2006, an output that hasn't flagged, delivering some of the most effective modern folk of the region. He's not a traditionalist or a roots music performer, this is firmly in the now, with a little rock, some ballads, blues and jazz, whatever works. The message is in the words, with some pretty sharp observations about the human condition.

Opener Feels Like It Wants To Rain is full of striking images, with an unplayed piano in an empty house, flood fears, and the impending doom of a storm. Killing Frost is set up with a chain gang rhythm, with more trials by nature, the world always trying to wear us down. Foster also tackles two of the saddest moments in Newfoundland's time in a pair of remarkable songs. In The Stinging Nettle, a soldier lies overseas with two bullet wounds on that tragic July 1, 2016, at Beaumont-Hamel. And You Left A Song is a tribute to Ron Hynes, done plain-spoken like his friend would write, sure to leave its mark on listeners: "How did break so many hearts just by turning off the lights?"

Foster has some East Coast dates over the next few days, starting out in Fredericton. Wednesday night sees him at a house concert (contact Paul at pmm@unb.ca for tickets), while Thursday he's at Corked Wine Bar. Then Friday, June 2, he's at Rebecca's in Mahone Bay, N.S., followed by a show at the East Dover, N.S. Community Hall on Saturday. This leg wraps up with a Wednesday, June 7 show in Florenceville-Bristol, N.B. at the Second Wind Music Centre.
Posted by Bob Mersereau at 9:26 PM