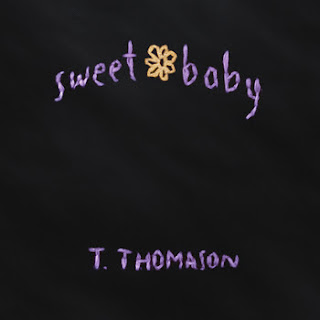 Here's a wider release for Thomason's EP which first arrived last year as an independent project. Now it's being used to launch a new tour which also starts today, as the Nova Scotia/Toronto performer kicks things off in the East Coast (see below for shows).


It's quite a departure from the three previous albums made under the name Molly Thomason, even from the rock band treatment for 2014's Columbus Field. Thomason now identifies as non-binary, or gender-neutral, and this is the first release since. It's about discovering a new voice, opening up to new ideas, and sounding a little wilder. Opening cut Sally (Sally be my spirit guide) has more volume and punch, and more surprises than we've heard before, vocals that go off the rails a couple of times and a sense of freedom through that release. My Kind and Done Bad go back and forth, the dynamics and layers keeping listeners on their toes. The most intense song of the five is the closer, The Wait, a slow burn with heavy backing (Blake Manning from The Heartbroken on drums) and lots of soaring vocal freedom. Is it surprising? Not really, coming from an artist who already has lots of stage confidence, started as a teen with an acoustic guitar, and now is a 20-something with a broader musical world to draw on.