MUSIC REVIEW OF THE DAY: THE WARDENS - SLEEPING BUFFALO 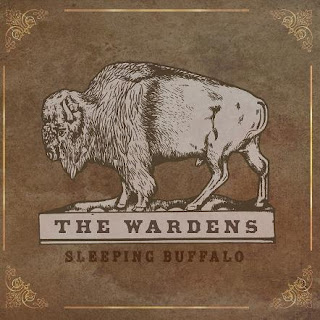 Here's a snazzy set of Western swing and roots music, from a band so western, they're based in Banff National Park. The Wardens are named for what they know; two of the members are actual veterans of the park warden service, doing all those marvelous jobs, from protecting the wildlife to rescuing folks out a bit too far in the wilderness. All the while they were collecting stories, and now are passing on those tales in song, which are as colourful and unique as the cowboy music of the region. Warden culture, they call it. and this is their second collection.


Produced by roots music vet Leeroy Stagger, the acoustic trio is aided by all the right sounds, from dobro to fiddle to banjo. The Wardens aren't overly-polished singers, but you don't want them to be. They are campfire-casual and pleasing, with ragged-but-right harmonies. The story-telling is what really matters here, including The Ballad Of Bill Neish, the true story of a Banff warden who helped end a 1935 manhunt for outlaws who had killed four policemen, by shooting two of them in the woods. Troop Train was created using the poetry of Dale Mainprize, a railroad brakeman who had been in a terrible crash in the 1950's. They have their own tales to pass on as well, including Backfire, about wildfires in 2003, where the service had to use fire to fight fire in order to save Banff. It's a slice of Canadian culture I didn't realize existed, and we're richer for it for sure.
Posted by Bob Mersereau at 9:32 PM