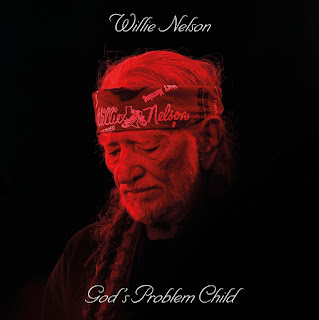 I don't know if you've listened to a lot of Willie's albums from the past couple of decades, but I sure have, every one. And there's been a lot of them. When he's not on the bus, he's in the studio. This is his 20th album. SINCE 2000. And for the most part, they've all been of strong quality, aside from a couple of albums full of old songs where he just phoned it in. But every time he comes to the mic, the old magic is still there, and he's seemingly not lost a bit of his storied voice or a lick from old Trigger.


The one thing he doesn't do a lot of is write. Usually there's only a new cut or two, if any, and he's done tributes to other songwriters (Cindy Walker, Ray Price, the Gershwins), gone back to favourite songs from his youth, and raided his own '60s and '70s catalog a number of times. This one is different though. Seven of the 13 cuts are new ones, written with his frequent producer Buddy Cannon. The attention will go to Still Not Dead, a fun poke at both his age and the internet gossipers that can't wait for his demise: "I woke up still not dead again today/The news said I was gone to my dismay." But there's actually a theme here, a brooding look bad at mistakes, and a few reflections on what's transpired.


A sad tone flows through the record, aided and abetting by that world-weary voice, the warm, worn tone of Trigger, the mournful notes from Mickey Raphael's always-near harmonica. Even when the advice is positive, as in It Gets Easier ("It gets easier as we get older, it gets easier to say not today"), the punch line is one of regret ("I don't have to do one damn thing that I don't want to do/except for missing you and that won't go away"). The outside material chosen reflects this as well, capped by closing number He Won't Ever Be Gone, writer Gary Nicholson's tribute to Willie's dear friend Merle Haggard. Normally those kinds of songs are far too forced and sentimental, but this is a keeper, and Willie was surely the best person to do it.


This never feels like an attempt at a concept album, which is wise, and there are moments of relief throughout. It's not overly sad either, it's simply some profound thoughts and feelings and advice from someone who's been there and back, and lucky us, continues to express himself masterfully.
Posted by Bob Mersereau at 9:13 PM