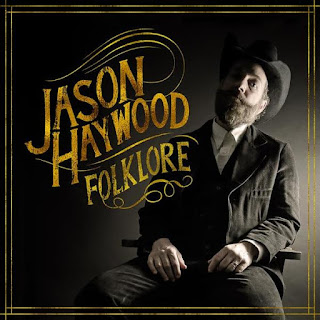 New Brunswick's Haywood takes a big step forward from his more traditional country sound on his third solo release, as well as his time in Moncton's The Divorcees. For this set, he works in the story-song form, roots music that stretches back to 19th century murder ballads and dark tales. It is folklore; the songs feature those classic cornerstones of love, betrayal, good and evil.


Produced by Dale Murray (Christina Martin, The Guthries), the sound is an interesting mix of western country songs and eastern folk music, the Appalachian kind. There are fiddles but also strings, so a song such as Lost and Foregone has a rustic feel, but also a George Martin/McCartney quality to the arrangement. You can follow the characters through rural settings from another time, harrowing tales like the one of Poor Edward, who takes the blame for the murder of Mary Anne, found bludgeoned in a woodpile. That song is all strings, beautiful but quite unsettling.


Several of the 11 tracks slide into each other with hardly a pause, and it's a smartly conceived production and concept. It's really a complete, 40-minute piece, which deserves to be heard in its entirety, and that's what Haywood and some of the musicians from the production will be doing as the album launch. It's happening at Moncton's Empress Theatre on Saturday, May 13 at 8 p.m. Producer Murray along with Christina Martin will open the show, and then stay on board for their playing/singing album roles, joining P.E.I. fiddler Gordie MacKeeman, Remi Arsenault from The Backyard Devils on bass, and more. The album is a moody gem, and should be just as enjoyable from the stage as well.
Posted by Bob Mersereau at 11:04 PM