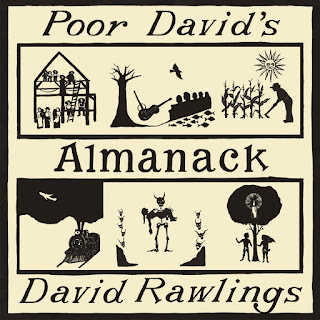 It's no longer the Dave Rawlings Machine, as his first two albums were released as, but it's still the same deal. Rawlings is joined by Gillian Welch all the way through, only he takes the lead vocals. What is different is that this album is a lot more traditional than anything the pair have done, well over half the cuts pure old-time hill music. The songs are said to have been inspired and re-written old numbers, so it's difficult to know where the folk tradition stops and the Rawlings begins, and that is just fine. Certainly numbers such as Lindsey Button and Money Is The Meat In The Coconut sound 150 years old, and that's all that matters.

Rawlings is a master at the relaxed feel of these songs, almost hypnotic in their pace, the music serving the tales being spun. The song Yup is a laugh, each line of the story punctuated at the end with that knowing title word. Good God A Woman is a twist on the creation story: "That's when the Big Man made the little man, and all the animals too, but he saved the best for last." Most of these tracks keep a string band approach, but the pair do add drums to a couple of cuts, including the decidedly rocky Cumberland Gap, but it too is a classic 19th century story about traveling west. If this had come out under Welch's name and with the vocals more evenly shared, there would probably be a lot of talk about a masterpiece, so I hope this finds a large audience as well.
Posted by Bob Mersereau at 10:03 PM