MUSIC REVIEW OF THE DAY: MUSIC FROM THE MOTION PICTURE - BABY DRIVER 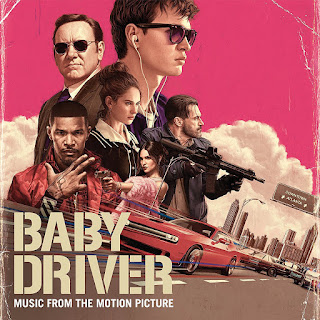 I haven't seen the movie, which I'm told is quite good, but the soundtrack is seriously awesome. You can tell when a serious music fan is involved (one Edgar Wright is credited), someone who delights in picking off-the-beaten-track gems that will wow folks, especially rare '60's or '70's cuts. They will also have too much pride to go for obvious, big hits to curry favour with crowds. For instance here, when a Motown cut is chosen, it's not the usual Big Chill soundtrack number, but rather neglected, beautiful Every Little Bit Hurts by Brenda Holloway.

While the '60's and '70's get a lot of cuts on this double CD, more modern numbers from Jon Spencer Blues Explosion, Young MC, Blur and Kid Koala make the cut too. It all fits, and the most wonderful aspect is how the selections just keep getting better and better, whether you know them or not. Whether it's the now seldom-heard rocker Hocus Pocus by Focus, the excellent Dave Brubeck cut Unsquare Dance or the long-forgotten soul hit Baby Let Me Take You by The Detroit Emeralds, each one is a delightful surprise. Any fan of the art of sequencing will smile when it goes from T. Rex's bongo-fired Deborah to Beck's Debra to Canada's old Incredible Bongo Band and Bongolia. Even the only two really well-known songs here, The Commodores' Easy and Radar Love by Golden Earring, fit so well it's hard to criticize their inclusion. The best thing is that these great cuts are largely such a mixed bag, you probably won't own more than a handful of the 30.
Posted by Bob Mersereau at 10:04 PM