MUSIC REVIEW OF THE DAY: ROB LUTES - WALK IN THE DARK 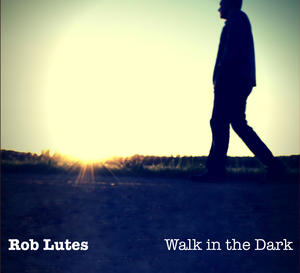 After his very successful collaboration with Montreal vibraphone player Michael Emenau in the group Sussex, Lutes returns to his roots songwriter role, although there's certainly a touch more ensemble groove stuff going on. Tracks such as Pumping Love and Whistling Past The Graveyard take advantage of a full rhythm and keys section, Lutes' long-time guitar foil Rob MacDonald, and guests like Joe Grass on mandolin, Guy Belanger on harmonica and Ian Kelly on vocals.

By continuing to explore over the years and albums, Lutes has forged his own distinct approach, with albums that combine songwriter numbers, blues and touches of folk and jazz, with room for modern touches thrown in. The title cut is one of his best tunes ever, as well-crafted and heartfelt as a John Hiatt cut. Then comes a smoking instrumental, Spence, a tribute to Bahamian guitarist Joseph Spence, a big influence on players such as Taj Mahal and Ry Cooder. On it Lutes, MacDonald and Grass show off some serious string skills, another weapon in the arsenal. Its an album that deserves awards, if they can figure out which genre to slot it in.
Posted by Bob Mersereau at 7:05 PM