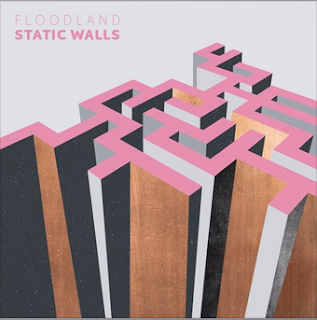 Summer may be waning, but festival season is still going strong. One of my favourites is on right now in fact, the Halifax Urban Folk Festival. HUFF took a break last year, but returns with the popular multiple-club format in the city's downtown. Headliners include Skydiggers, Moe Berg, Tift Merritt, Art Bergmann and John K. Samson, and while it's always great to see the outsiders, there are tons of local East Coast artists on parade as well.

Over at the Seahorse on Friday night, locals Floodland will be launching their new album as part of the festival. Always adventurous, the group prizes its ability to be inventive, especially with melodies and harmonies, and still go crazy. Tracks such as Decades, with its explosive opening, still have charming verses, but then things go guitar-nuts. Somehow it all happens in a sensible structure, but it's just barely on the rails at times. Sun In Their Eyes starts out mellow and folky, but also gets more of that twisted guitar, and some huge, stacked vocals, pretty and powerful.

New member Tori Cameron has taken over bass, and makes those vocal blends even more pleasing, her harmonies and softer waves making those moments stand out more against the guitar creations. This is an exciting collection that walks the line between challenging and catchy, quite a thing to pull off. Catch Floodland along with Beauts and No, It's Fine at the Seahorse in Halifax Friday, Sept. 1.
Posted by Bob Mersereau at 1:07 AM