MUSIC REVIEW OF THE DAY: BOB MARLEY & THE WAILERS - IN DUB VOL. 1 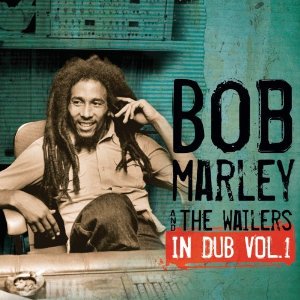 The inexhaustible supply of Marley releases continues with a whole new line.  Compilations, live sets and deluxe editions have been flooding the shelves for over a decade, and now it's that peculiar-to-Jamaica instrumental style, dub.  Dub's influence went far and wide, with DJ's riffing over instrumental beds the direct parent of rap, and the whole idea of the dance remix coming from it as well.  It's simple:  Take off the lead vocal, and mess with the mix as little or as much as desired.

Dub fans, since there are a few, will be thrilled with tracks from the Marley trove, and the promise of more.  For the most part, these are pretty much straight-ahead versions of well-known faves:  Is This Love, Three Little Birds, One Love/People Get Ready, and the nicely titled Lively Up Your Dub.  Where there is some remixing, it's usually adding echo or pumping up the bass.  I'm never quite clear on what I'm supposed to like about these dub tracks as opposed to the original.  At least it wold make good backyard party atmosphere music.
Posted by Bob Mersereau at 11:20 AM