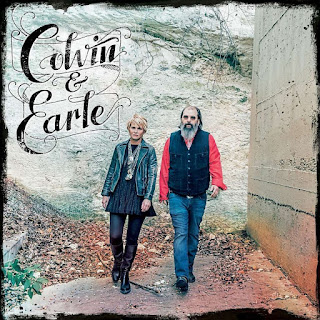 An odd couple or natural fit? I wasn't sure going in, but it turned out to be the latter, for sure. Colvin's known for making good harmonies with others, and here she blends well with his shopworn and life-hardened pipes. And it is all about duet vocals, with the pair harmonizing almost all the way through. It's all about the sound of this new voice.


There are some pretty nifty covers here, including great update of Ian and Sylvia's You Were On My Mind, and a grateful nation thanks the pair. It's a cool mix of both the folkie original and the pop cover by We Five. A take on Ruby Tuesday is inspired too, but it's their version of Tobacco Road that really takes off, with the roots-grunge production of Buddy Miller giving it an edge.


What really wasn't expected was how much the pair wrote together, with six of the 10 cuts brand-new. You're Right (I'm Wrong) is a dark number, a break-up song that still hurts. Tell Moses is spiritual-based, but modernized to include the Ferguson, Missouri protests. You're Still Gone is a sadder one, from the oft-divorced Earle, and one gets the sense that Colvin understands him, from that, and the whole fine set. Hopefully volume two will come soon.
Posted by Bob Mersereau at 10:19 PM