MUSIC REVIEW OF THE DAY: SENIOR CITIZEN - THE HAWK 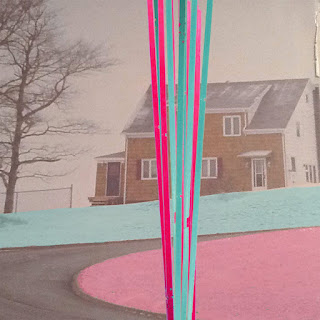 One of the good things about being a drummer is that there's always lots of musicians who need your help. And when you, in return, need some help back, well, you know lots of other musicians. Fredericton-based percussionist-producer Bob Deveau has held down the drum stool at various points for the long-running Grand Theft Bus, does the same duty whenever Olympic Symphonium feels noisy, and back when Michael Feuerstack still went by Snailhouse, help set the snail's pace.


Over several years, Deveau has called in many of his chips for his project under the name Senior Citizen. Working on this set since way back in 2009, what he did was start in with some drum tracks, then start in with the electronic stuff, creating computer files. Then, those were sent out to the mutual admiration society, where vocalists and players would contribute what they do best.


Chaos could have ensued, but if it did, it didn't make the final product. Instead, the posse of pals get moody, inventive, celebratory, hypnotic, loud, soft, but never too much of anything. Nick Cobham of the Symphonium takes the repetitive pattern of Footprints, adds a surprisingly low vocal, but then adds a layer, and then another layer of vocals, dreamy waves of sweet singing along with a thematic synth line. Temporary Madness is an ambitious six-plus minute track, going through a variety of personalities, looking back on great early synth groups like OMD, while leaving room for two different lead singers, Matt Gillis and Erin Breau, to add their own very different elements, his eerie, hers dark and funky. Andrew Sisk (Share, Coco et co.) manages to make things nice and folkie, while electro-notes burble behind him like a trout-filled New Brunswick stream. Kinda blissful really.
Posted by Bob Mersereau at 10:13 PM