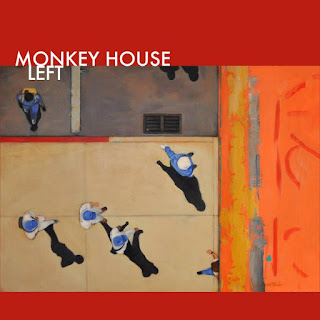 Toronto-to-L.A. singer/keyboardist/writer Don Breithaupt has been running his pop-jazz project at various times since the early '90's, and got some great attention with his last effort, Headquarters in 2012. This is sophisticated, supple, funky, and smart tunes, heavy on the horns, backing vocals, and slick solos, jazz ideas with a rock band in behind. There's only one comparison really, and that's Steely Dan, and in particular, the Aja-Gaucho period. It's not a guess; Breithaupt wrote the book on Aja (his all-time favourite album) for the beloved 33 1/3 series by Continuum Publishing.


And that right there is A-1 okay by me. Breithaupt puts his own spin on it of course, as a less cynical writer, leaning perhaps a little closer to the pop side. But you'll hear the same desire in the music for glorious chords, expert playing, music as luxurious as a king-size mattress with a duck down duvet on a frosty night. The way I see it, I finally found somebody who thinks Steely Dan was/is the best band ever, is talented enough to go that route, and not too chicken to try, damn the comparisons.


Others obviously agree; helping out here as guest soloists are some Dan hands, old and new. Elliot Randall, the original soloist on Reelin' In The Years, takes a guitar lead on one cut, while a latter-day hand in Becker/Fagan's world, Drew Zingg, features on another. Steely Dan musical director Michael Leonhart adds trumpet to a track, (dude also played on Uptown Funk, btw), and let's not forget Jay Graydon, who did the famous solo on the hit Peg.


So that's the company that digs what Breithaupt is putting down, but of course, this is his gig, and he's arranged, plus co-produced (along with Peter Cardinali) a set that merits full attention. Every song has its own strong story, from lead track My Top Ten List ("single malt, double shot") to What Exactly Is It That You Do All Day? ("If you're not missing me?"). Cheeky monkey.
Posted by Bob Mersereau at 8:59 PM